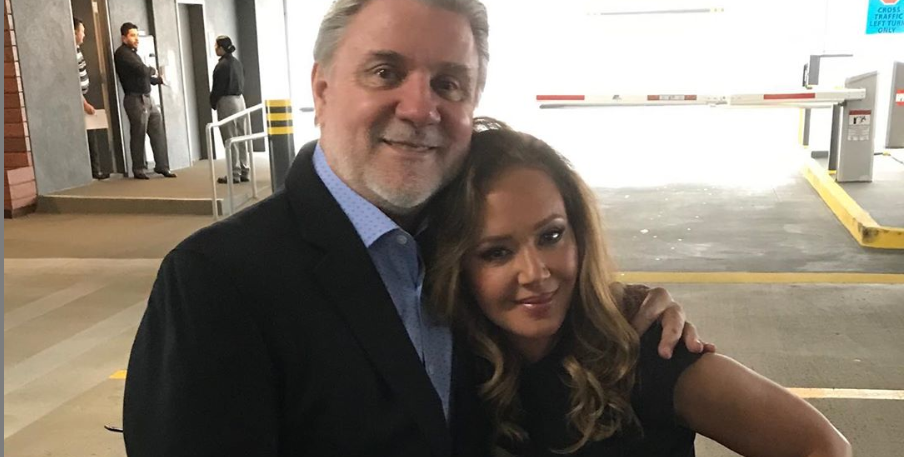 Leah Remini’s estranged father passed away and she didn’t know for a month. The only reason she found out according to Radar Online, is because someone called her sister. The stranger passed on condolences for George Anthony Remini. Leah didn’t even know he’d been sick so it was shocking to say the least.

Leah has famously been a former Scientologist who created a show, Scientology and the Aftermath to talk to people who’ve left the church. Ultimately the actress wants to help everyone get out if they can. Leah said the last image she had of her father was in a video he’d done for the church discrediting her. He said she was a hypocrite and ignoring her family. According to Heavy her show won an Emmy and has been very successful. Her memoir went to the New York Time’s bestseller list and she is the most famous person to come from Scientology and criticize it.

Leah Remini Had A Complicated Relationship With Her Father

On Instagram Leah Remini shared a post saying she’d received a message that her father had passed away. She said they hadn’t been aware he was sick. The Second Act star said, “A funeral came and went and none of us knew anything about it. We were not able to say goodbye,” she wrote alongside a series of old family photos. Leah had been brought into Scientology at a very young age when her mother joined. She was very passionate about it for years until she started asking too many questions.

In the past Leah has talked about her father. She said he sold cocaine and went to jail. He was abusive to her sisters and left them with no help and no child support. She said she’s angry that she’s upset, because he wasn’t upset to lose her. She said she was angry the last chapter of their relationship was dictated by Scientology. Remini said Scientology used her father as a pawn against her and found his weak spots to smear her.

She said her sisters and herself will never forgive Scientology for taking the last chance away from them. The last chance to get what they needed. Leah said it was for him to, “say I’m sorry and I loved you.” The Kevin Can Wait star said that despite her father betraying her and taking the deal with Scientology, she would have forgiven him like she always has.