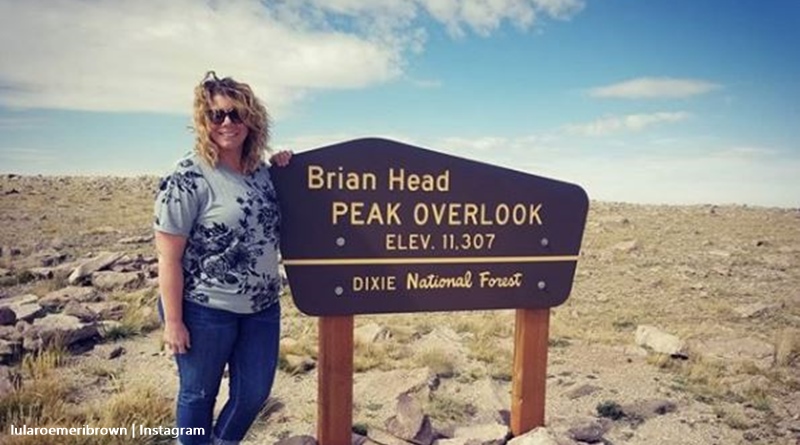 Sister Wives star Meri Brown freaked out fans back in April this year. TV Shows Ace reported back then that Meri shared a photo at the Grand Canyon. She captioned it with, “If you don’t live on the edge, you can’t see the view.” Fan grew concerned as she stood “quite close to the edge of a steep drop-off.” Again, she did a similar thing in July. Now, she just did it again and fans scolded her once more, for pushing the envelope of safety.

Three times this year seems that a lot of fans concerned for Meri may as well shout at a wall. And, lots of her followers genuinely care about her. Common sense means staying away from the edge of cliffs. After all, in the USA the death of visitors in various mountainous parks hit the headlines with depressing regularity. On the April incident, we noted, “[a] death reported there by the Washington Post earlier this month. In fact, they wrote, “A sightseer plunged to his death from a Grand Canyon cliff this week, bringing the park’s fatality count to three in the last eight days.'”

Sister Wives fans also scolded  Meri in July. This time, some of her followers gave her a piece of their mind over it. One of them even told her to “Stop showing off.” And, yes, even hikers with loads of experience fell in the past and died an unnecessary death. But it seems Meri just loves taunting her fans with those words, “living on the edge.” While she may joke about these things, in reality, if something happened, other lives could end up in danger. Rescue and recovery teams could also get hurt.

When fans scold Meri for getting too close to the edge of cliffs, they mean well. It’s not trolling or haters calling her out. These fans genuinely love her. And, many of them would hate to see it all end in a tragedy. To them, what Meri does with these poses on cliffs brings nothing to laugh about. And, like parents yelling at their kids, who never seem to listen, Meri just seemingly shrugs it all off. The photo the Sister Wives star shared on Tuesday showed her standing in a place at Brian Head, Utah in country similar to where people died before.

Once again, Meri used her #LivingOnTheEdge hashtag. She captioned it with, “Just checkin’ out what’s on the other side…. 😊.” Meri may laugh about it, but historically what possibly lay on the other side were dead people who slipped and fell. That’s brutal but true. Fans once again scolded her for it. “Get back 🤭 that is too dangerous,” said one fan. Another said, “Yeah nope. Too close to the edge for this girl.” Others also expressed their concern. A fan noted, “Whew! You’re about 25ft closer than I could ever get to a ledge!” Yet another said, “B very careful 💞💞 don’t get to close.” What? is Meri eight-years-old?  Surely she should know this type of thing is dangerous?

Dixie National Forest area is pretty but can be dangerous

Plenty of people enjoy visiting the areas around Brian Head and the Dixie National Forest. The Forest Service explains the rugged canyons and views attract a lot of hikers. But, across the mountains and peaks of Utah, a number of deaths already got recorded this year.

What do you think about Meri Brown continually getting too close to the edge in mountainous parks and recreation areas? Do you think she sometimes takes “living on the edge” a bit too far? Sound off your thoughts in the comments below.

Remember to check back with TV Shows Ace often for more news about the cast of Sister Wives.