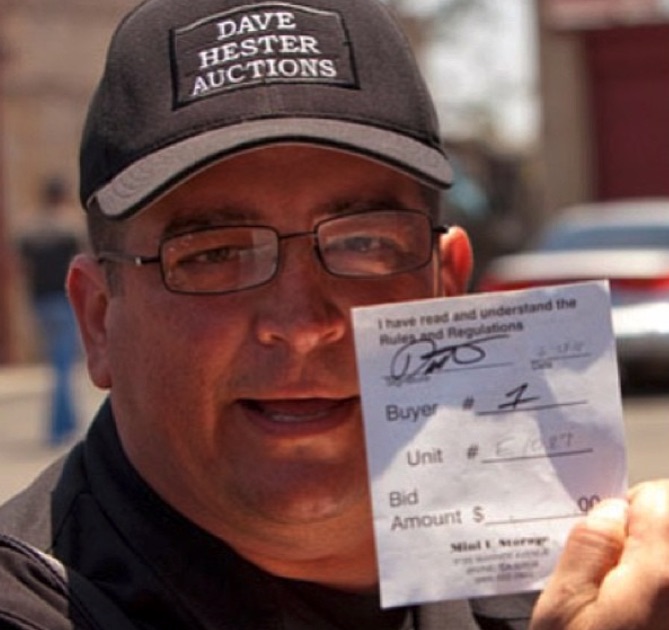 On Monday, Storage Wars bad guy, Dave Hester, revealed that he is recovering from a debilitating stroke. Yuuuup. He is the third cast member from that reality show to have shared serious medical news in 2019. What do we know now?

Dave Hester, the Storage Wars antagonist, who is also known as “The Mogul,” shared some recent health information with TMZ. In November, 2018, he suffered a hemorrhagic stoke. He explained that he had awakened that night, unable to breath and “feeling sick.” At the Newport Beach, CA hospital, he was put through a cornucopia of tests to determine why he had the stroke. Turns out, he suffered from sleep apnea.

People who suffer from sleep apnea stop breathing when they sleep. This adversely reacts to the heart. The hospital gave him the test and determined that his “breathing stopped more than 100 times an hour.” This lack of oxygen and Dave’s high blood pressure were the combination that “triggered the stroke.”

After “days” at ICU, he went to a rehabilitation facility. There, he went through therapy in order to walk again and to perform normal functions such as showering. Even though it has been 10 months, he is still working with his team that includes neurologists, to get him back in good working order. He is not at full capacity, but he is still able to work as an auctioneer.

Storage Wars Stars In the News

In 2019, four members of Storage Wars have been in the news headlines. Yet, none of these cast members have been featured because of storage locker finds. Instead, their situations have been much more serious.

Most recently Jarrod Schulz was arrested for resisting police. The specific details will not be available until he goes to court in Orange County, sometime this week. In late April, Barry Weiss was in a serious motorcycle crash. Although Barry has not been on the show for several years, he is still a fan favorite and this news shocked his fans around the world.

Darrell Sheets had a heart attack at a Justin Timberlake show in March. He asked fans to pray for his recovery right before he had major heart surgery.

Have you been keeping up with all of the Storage Wars stars medical and personal drama?  Please share you comments below and check back with TV Shows Ace for the latest Storage Wars news. Storage Wars fans are waiting for news about Season 13.