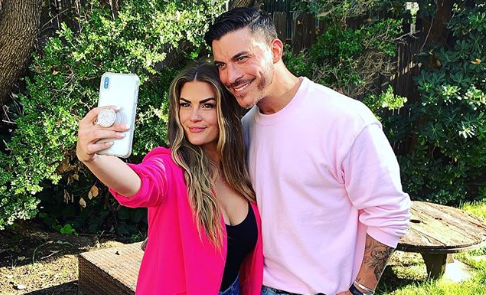 Jax Taylor can often be mysterious and his behavior on social media is proof of that. Now he’s telling US Weekly why he blocked Tom Sandoval, Kristen Doute, and Ariana Madix on Instagram.

The SUR bartender said, “I go through my phases in social media, usually when it’s after a couple of drinks and then I’ll go through the blocking phase.”

My partner in crime for life! Love you baby.

Why Did Jax Taylor Say He Went On A Blocking Spree This Time?

Jax Taylor said Andy Cohen always tells him to mute people and he says don’t give them the satisfaction. The reality star said he’d rather block them because they think they’re being cute. He said people want to say something and see what they can get away with so he blocks them.

Jax said when it comes to his castmates he’s unblocked Kristen Doute and the other two will stay blocked. He said it’s not because he’s on the outs with them. Jax said, “I think they’re great people and I love them. I mean, Tom’s my best friend. I just need a break.” Kristen had addressed being blocked by Jax by captioning a picture from a pool party at Jax and Brittany’s. It read, “he loves me, he loves me not, he loves me @mrjaxtaylor.”

Jax Taylor said they hang out together every day and they hang out more when they aren’t filming. He says if you’re with someone all the time it starts to get annoying. Since he unfollowed Kristen, Ariana, and Tom last month, fans thought they were all fighting. Jax stated, “So just like when you hang out with your brother and sister, you start to get annoyed after a while, you need a break.”

The Reality Star Says His Wife Is Cool With Everyone

Jax Taylor also said his wife, Brittany is cool with everyone in the cast. He said, she never gets mad at anyone and he’s the one that’s always rocking the boat. Scheana Shay also talked to US Weekly about Jax and his social media habits. She said he’s blocked her before and when she asked him about it he told her it wasn’t personal and he did it to everyone.

No doubt Jax Taylor will have another blocking spree once the new season starts filming. It’s good to know he still considers his castmates family after they’re always saying how tight-knit they really are.