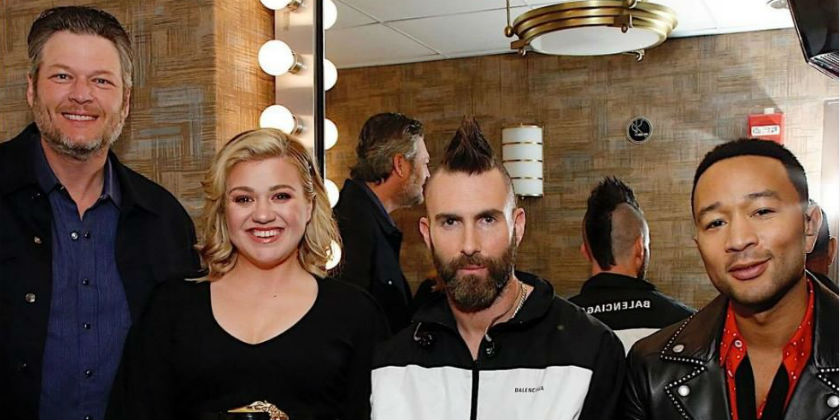 The four superstar judges from The Voice recently took a break from the competition to work on a powerful collaborative cover of the 90’s rock ballad More Than Words and fans are going crazy over it.

Kelly Clarkson, John Legend, Blake Shelton and Gwen Stefani have been hard at work filming auditions and building teams. They took a break to promote their upcoming 17th season to treat fans with a display of their own amazing talents.

On Saturday, Entertainment Weekly published a piece that featured an exclusive video of the quartet’s finished cover song.  The four musicians sat in a circle on the show’s set and performed an acoustic version of the classic rock ballad.  The vocalists were also accompanied by the show’s host Carson Daly who backed his friends on the acoustic guitar.

The group went back and forth between solo verses and singing in tandem. There were even some amazing four-part harmonies during certain sections of the song.  The video made the collab look nearly effortless as if they had put no work into it at all.

Country singer Blake Shelton and the alt punk/ska inspired Gwen Stefani definitely appeared right at home singing the love ballad together. According to Billboard, after being friends for several years, the duo made their relationship official in November of 2015 and have been going strong for several years. 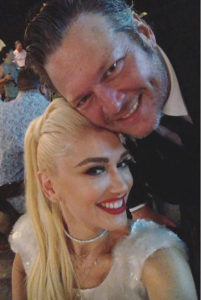 During the performance, fans got to witness a number of loving gazes and flirtatious smiles. It was clear the two are still very much in love and it adds an extra interesting layer to the performance and the competition as a whole.

The Voice fans react to the judges’ performance piece

Once the video was posted to the official Instagram page, fans wasted no time telling NBC, friends and the judges what they thought of the collab. As the comments began flooding in – it became evident that the song was a hit.

“This was bananas! Seriously! I love the arrangement! Sheesh! That Kelly and Legend part harmony though?? Whoa!” commented one fan.

“You guys seriously always making me love the coaches more and more! Beautiful song sang by some beautiful people,” said another.

“Wow, Stunning combination. This is proof that music can be blended beautifully from all genres,” mused a third viewer.

Attesting to its popularity with fans, the video has already generated more than 155,000 views. That view count does not include viewers who saw the video on Entertainment weekly or YouTube. 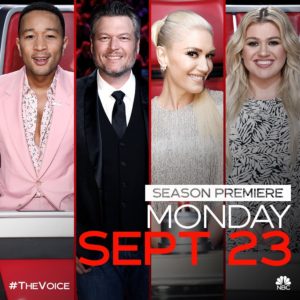 What’s next for The Voice?

This will be the first season since the show’s start that Maroon 5 lead man Adam Levine will not be occupying a judges chair during the competition. Fans were certainly sad to see him go and many are wondering if the show will have the same aesthetic in his absence.

Stefani and Levine are both considered to be in the Pop/Rock spectrum which means that Gwen’s addition of Stefani may have been a strategic move on NBC’s part.

Season 17 of The Voice will begin September 23rd at 8pm on it’s home network, NBC.