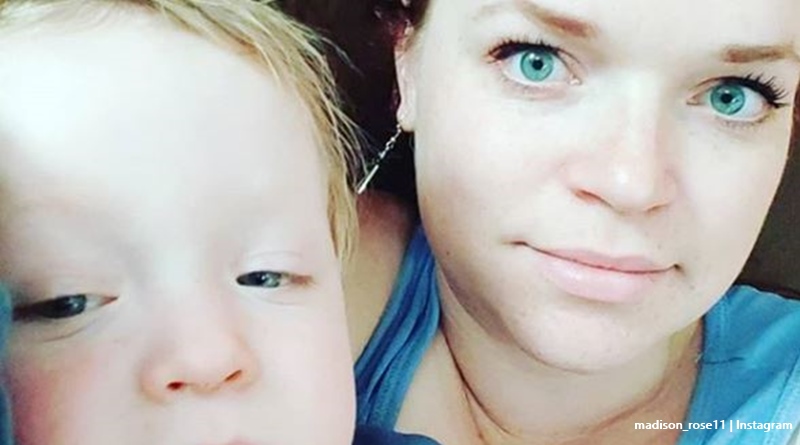 Sister Wives star Maddie Brown Brush seems caught between the delights of her new baby and the woes of raising little kids.  Fans of the TLC show know that Caleb and Maddie’s newest addition arrived in the family about three weeks ago. With toddler Axel now a bit sick, Maddie’s got her hands full with baby Evie.

Taking to her Instagram three days ago, Maddie shared a post about how she feels with her two babies. Well, in Axle’s case, he’s a toddler now and not a baby. But, parents know kids always feel like their special baby, even in their 40s. In her post, Maddie wrote about how time is rushing by, noting Evie’s already three-weeks-old. She posted a cute picture of her, Evie and little Axel together. Her long caption read, “Someone once told me parenthood consists of a lot of long days and short years. Something that hits home so hard.” The kids growing older makes her feel like “time has robbed me.” For her, it’s just incredible at the Axel grew up so quickly.  She asked, “How did my first baby get so big? 😭 Why is my second already almost a month old!? 😭.”

Clinging onto her precious “now,” the Sister Wives star added, “Time is a thief and on days I get irrationally mad at what it’s robbing me of. I wish I could freeze it and soak up these babies just a little longer!” It made her remind fans how important love for family members is. Each of us should treasure each day we can get with them. But, as moms and dads know, some days, times get difficult and a few days on from that post, Maddie’s struggling a little bit.

The woes of babies – Axel’s sick

On Sunday night, Maddie took to her IG stories to share a not-so-much-fun post. She shared three photos. One showed the littlest member of Sister Wives, Evie with the cutest soft downy hair. The other two carried captions that explained things aren’t going too well at the moment. In the first photo, she captioned it with, “Sick toddler who hasn’t really slept since 1 am.” Another caption said, “Wild mastitis,” and “newborn starting to cough.” But she also hashtagged it with #surviving and noted she was onto her “third cup of coffee.”

In her second clip in the IG story, the young Sister Wives mom shared that snuggles make it better though. In that shot, she’s cuddled up to cute little Evie. She added, “Baby snuggles and camo duck tape hold me together.” Lol, it looks like she broke her specks but there’s tape around to make a temporary fix. On the post, Maddie also wrote “Surviving Motherhood.”  Well, motherhood sometimes brings sick kids, sleepless night, complex days, and more. But, the reward comes in the love for those tiny little kids, and that balances everything out.

What do you think of Maddie Brown Brush talking about the delights and woes of babies? Did you ever have days and nights when you found it hard to keep it together? And, then the love for the little ones reminded you just how precious the days are? Sound off your experiences in the comments below.

Remember to check back with TV Shows Ace often to stay up to date with news about the Brown family from Sister Wives.