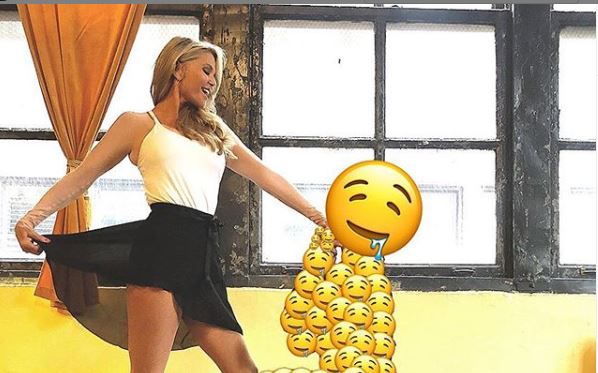 The news was revealed this morning that Christie Brinkley won’t be performing on Dancing With the Stars. She actually broke her arm and her daughter Sailor will be taking her place. This was a big last-minute change-up. Now, Wendy Williams is trying to say that she faked the injury.

What did Wendy Willams have to say about Christie Brinkley?

People shared what Wendy had to say today when she heard about Christie’s injury. Wendy actually watched the footage of Christie falling. Then she said, “Well, that looked fake as hell.”  She didn’t leave it alone at that, though. After that, Wendy went on. Here is what she said.

“Let me tell you what I see.  I don’t see a wrist and a shoulder being fractured. But that was real cute. Here’s my thought: Dancing with the Stars called Christie Brinkley … and she said yes. After she got off the phone, that’s when she plotted her schedule. … In my opinion, I think what Christie did was she signed up for Dancing with the Stars knowing that she’d put her daughter Sailor in there.”

EXCLUSIVE ballroom bombshell! @SeaBrinkley is out of @DancingABC before the season begins. She tells @Ginger_Zee about her injury and the moment she called her daughter Sailor to ask her to step in for mom coming up on @GMA! #DWTS https://t.co/vCu1GI9DWR pic.twitter.com/SBDoWy84Aq

Wendy knows that the entire world already knows who Christie Brinkley is, so she thinks she is helping her daughter get her name out there. Regardless of how it went down, her being on the show will help her career. A lot of people out there don’t know Sailor. It will be interesting to see how long she makes it on the show.

Christie responds to her accusations

“I’m totally shocked, because I have been there for Wendy Williams. That is so weird. I have to give her a call … I’m really stunned.”

Christie even cried while talking about it. Right now, these two don’t seem to have gotten together to talk about it all. It would be great if Wendy would bring Christie on the show and they could discuss it.

Don’t miss watching new episodes of Dancing With the Stars on Monday nights on ABC. Sailor will be dancing in her mom’s place on the premiere tonight.