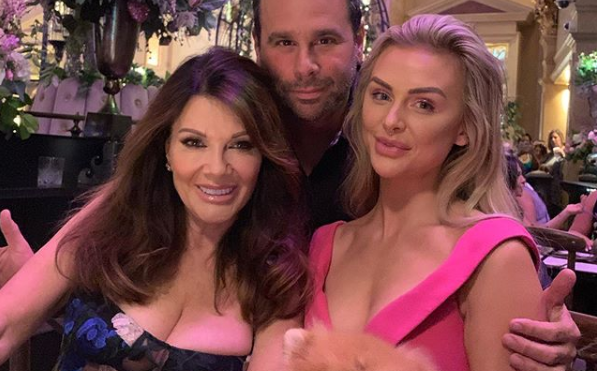 You probably shouldn’t call out 50 Cent publicly on Watch What Happens Live unless you want him to come back swinging. Lala Kent didn’t think about that when she told Andy Cohen she had receipts that show she hit him in the ego. In the video below, she claims she “dinged his ego.”

Lala Kent told Andy she’d never post it because she wasn’t that girl. This all stems from an ongoing feud her fiance has with him over a million dollar debt. Randall Emmett had been a producer on Curtis Jackson’s show Power, and owed him a million dollars. The debt has been paid with a screenshot posted to prove the beef was over. When Curtis himself was on WWHL he said he didn’t have a problem with Lala or Randall. It seems Lala just didn’t want to let it go and took the opportunity to start it up again.

Hollywood Life is reporting 50 Cent re-posted the story to his Instagram about her comment. He told fans not to tell him she didn’t ask for it before he fired back. Not only did he reply but he used Lala Kent’s own comments from the past against her. In an interview Lala had said she was, “drunk four days straight.” That was at a time she visited Disney World with Randall and his two daughters. 50 Cent said that must be why she said the things she did. He threw in she didn’t just drink during that time saying she had a drink and then hit the powder.

What Else Did 50 Cent Say About Lala Kent On His Social Media?

After he got started, the rapper kept going with a picture showing Lala and Randall in bed. He captioned it with an imaginary conversation between himself and Randall. In the picture Lala isn’t paying attention and looking at her phone while Randall takes the picture.

“Randell: I’m sorry Fofty this b***h is drunk and high. I told her put that damn phone down she don’t listen.” 50 wrote that he responded by telling Randell to shut up. According to Too Fab he also posted a video where Lala talks about meetin Emmett and said, “this b***h rocking the Pimpin curly drip, LOL.” He was referring to her really curly hair in the video and put a picture of himself in the corner wearing a similar wig.

After Lala Kent told Andy she wouldn’t post the receipt she told the audience, “I ain’t beefing unless I’m getting paid on Vanderpump.” Well, she may think she isn’t beefing, but by making those comments, she’s opened the whole feud up again. Now fans will just have to wait to see who throws the next punch; Lala, Randall, or Curtis Jackson.