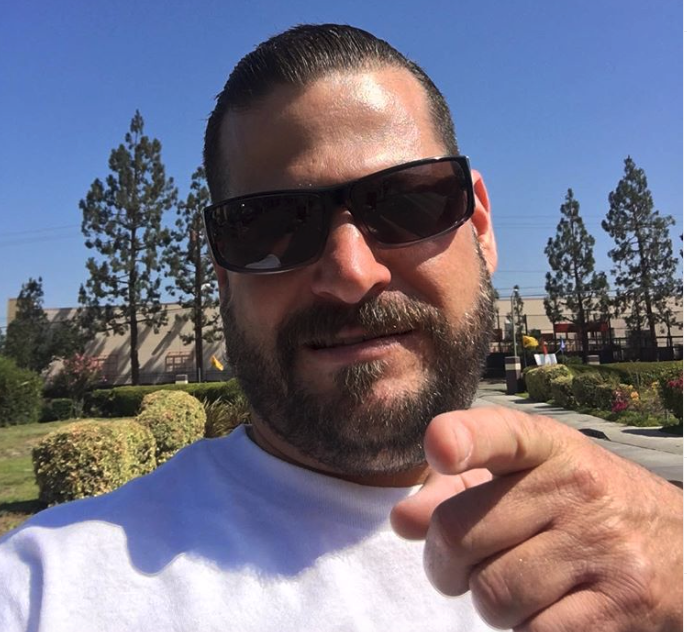 On Friday, it was reported that Storage Wars star Jarrod Schulz was charged with resisting police in Orange County. What do we know about this charge against the Storage Wars fan favorite?

More troubles for #StorageWars star Jarrod Schulz. In addition to reportedly splitting from partner Brandi Passante, Jarrod was also involved in an incident in July that resulted in him being charged with resisting a police officer! #EXCLUSIVE https://t.co/YX3ckvEKZN

Reality star Jarrod Schulz was charged with resisting an officer. The incident occurred on July 12. According to Starcasm, the location was in Lake Forest, California. Because this is still an open case, the Orange County Sheriff’s Office could not share any details about the charges.

Likewise, Jarrod’s establishment, The Rush Bar and Grill  happens to be located in Lake Forest. Could this incident have happened there? Unfortunately, there is no information where this altercation occurred.

As of now, we know that Jarrod is scheduled to be arraigned the week of September 15. Unfortunately, this charge could mean up to $1,000 fine. In addition, he could get up to a year in a county jail. In the worst case scenario, it could be both. Fans should learn more details about this situation in about a week.

Another day at @disneyland @californiaadventurepark

Jarrod Schulz Had Stint In Jail

The Storage Wars star had a troubled past before he met Brandi. He has hinted of his troubles on the reality show. Jarrod was arrested in January 1997. The charge was for felony possession of a controlled substance. The Starcasm publication reported Jarrod spent 16 months in jail for this charge. They even share his mugshots from that time. After that, he met Brandi Passanti, and has straightened up his life. Most of all, he seems to embrace being an entrepreneur and overbidding on storage lockers!

On the other hand, Brandi Passante had her own legal issues in 2007. Brandi drove under the influence. Passante pleaded guilty. Brandi was a first-time offender. Therefore, her sentence was relatively light. First, she received three years of probation. Next, she paid $390 in fines. Lastly, Brandi attended a first offender alcohol program. This was a three-month program. Moreover, she has not had any other legal issues since then.

Where Is Brandi Passante?

Right now, Storage Wars fans are wondering what is going on with Brandi. Some fans are asking if the couple split. They were together for nearly 20 years. Yet, they naver married. As fans know, they have 2 children. Most of all, can their separation affect the possibility of a Storage Wars Season 13?

There has been a lot of news of late. Fan favorite Barry Weiss was in a serious motorcycle crash back in April. The Gambler, Darrell Sheets had life-threatening surgery, and now reports that he is retired.

Have you been keeping up Brandi Passante and Jarrod Schultz’s recent drama? Do you have a favorite Brandi and Jarrod moment on Storage Wars?  Please share you comments below and check back with TV Shows Ace for the latest Storage Wars news. Storage Wars fans are waiting for news about Season 13.