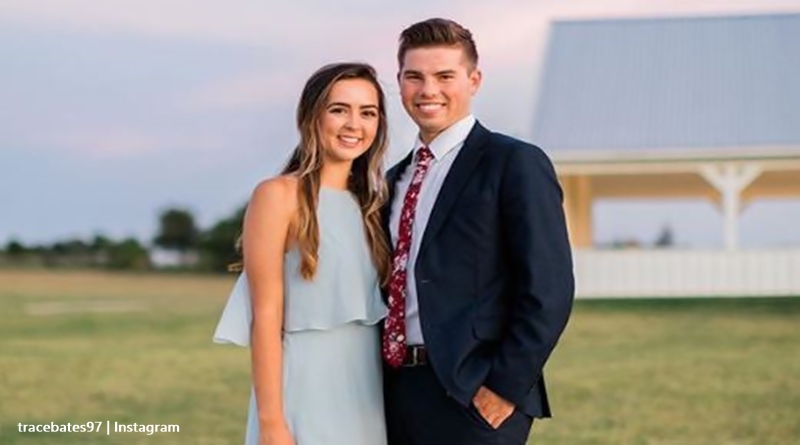 Bringing Up Bates star Trace Bates and Chaney Grace are now officially dating. Fans speculated about their relationship since June, and now the Bates family spread the happy news on Instagram. TV Shows Ace reported in June that Chaney “posted up a photo of them together on her Instagram. Therefore, fans grow convinced the courting’s much more than rumors. They look very loving and close, so some fans just want them to make it official.” Well, now those fans got their wish.

September brings plenty to celebrate for the Bates family. Their reality TV show by UPtv premieres on September 19 and we’ll see Trace introduce Chaney to the family. Plus, on their Instagram, a couple of days ago, the Bates Family page celebrated Chaney turning 21. Now, the news that Trace officially dates his girl circulates on the accounts of others like Carlin. Recall Carlin married Evan Steward on May 25. And they still look blissfully happy.

Apart from the Bringing Up Bates TV show, we know Trace followed his brother Zach into a law enforcement carrer as a deputy. It looks like he’s got loads to be grateful about. And, judging by the posts that Chaney Grace makes on Instagram, she’s an ideal match for him. Hopefully, we’ll see loads about them in the upcoming season as their fairytale love story unfolds. And, this time, it’s a genuine announcement, so you can set aside the rumors. That’s because Trace spoke to InTouch Weekly about it.

Trace Bates gives a statement about the courtship with Chaney

InTouch Weekly reported that Trace told them, “These past 8 months of getting to know each other have been amazing and we look forward to what God has in store for us.” He also told them that they met “in Colorado when their families were on a skiing trip at the same time.” And, although she lives miles away in Texas, he still gets to see her as often as he can. In fact, mom Kelly Jo helped out with the long drive on one occasion. So, it looks like the whole family’s signed up to give the nod to this relationship.

Trace notes his mom was thrilled to discover his girl was so sweet. The outlet found out a bit more from Trace about Grace. He describes his girl as “really pretty.” Plus it sounds like she enjoys fun and fits in with the family values. Of course, we know from Bringing Up Bates, the family’s got very high moral standards. And over on her Instagram, her fans were equally thrilled at the news they started courting. On a photo she shared in June, one fan said, “This is beautiful! And y’all are so cute! ♥️😭.” Plus, fans are very excited at the news and took to the Bates family page to congratulate them.

Congratulations Trace and Chaney! We couldn’t be more excited to see what the future holds as you both continue to seek God’s will for your lives! @intouchweekly #BringingUpBates

Fans are thrilled that Trace found Chaney as his love

Congrats poured in, and  @ciara_w16 posted, “Yay!!! It’s about time one of them handsome guys found them someone!” Others noted the difference between “dating” and “courting.” The Bates Family account shared the InTouch article title as “Dating” rather than courting. @cth162noted that courting is with an eye towards marriage. They date first.” Either way, it’s wonderful news, and this is the start of something we can’t wait to follow in the upcoming seasons of the show.

What do you think about Trace Bates finally getting serious with a girl? Do you think Chaney Grace sounds like a perfect match for him? Sound off your thoughts in the comments below.

Remember to check back with TV Shows Ace often for more news about Bringing Up Bates.