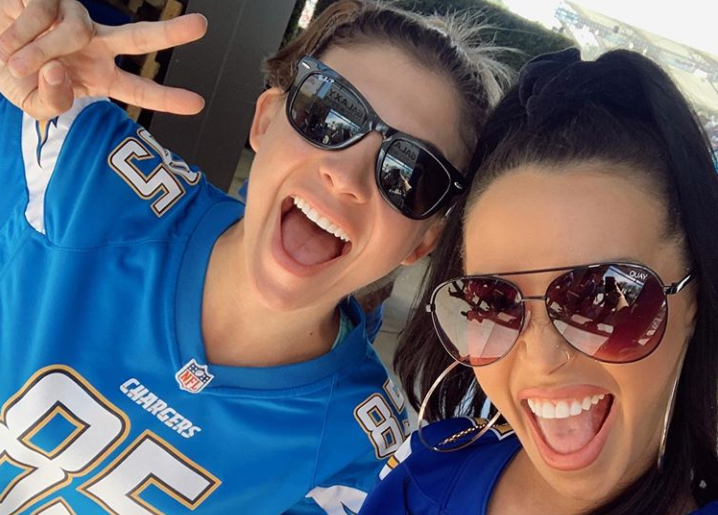 According to Reality Tea, Scheana Shay isn’t staying quiet about her relationship with The Bachlorette star Robby Hayes.

In the last season of Vanderpump Rules, Scheana was with Adam Spott who coincidentally is friends with Robby Hayes. Initially, Scheana Shay had hooked up with Robby to make Adam jealous. After that initial hookup, they continued their relationship and vacationed in Hawaii which Scheana posted on her accounts.

After that, she said Robby ghosted her for a while. They both got busy doing other things and recently were spotted making out again. All this PDA came in the midst of Robby’s sex tape scandal with Lindsie Chrisley. They were spotted in several places including the Encore Beach Club in Vegas. Scheana Shay is quick to tell fans not to read too much into it. Apparently, when it comes to her relationships, all is not what it seems.

What Did Scheana Shay Have To Say About Her Relationship With Robby Hayes?

It seems Scheana isn’t in the market for a serious boyfriend at the moment reality star, or not. When talking with Hollywood Life, Scheana Shay said: “I don’t want anything serious right now. I don’t think he does either.”

And, regarding Robby she said: “I mean he was just in Siesta Key for months.”

She also dished on their public displays of affection: “…just something we do…I think we’re just really good friends who have chemistry and drunkenly make out. We’ve gone on dates, so I mean, yeah I would go on another date with him. That was one of the most fun dates I’ve had as a single woman actually.”

When it comes to rekindling the flames with him, Scheanan said never say never. Scheana Shay said she would get back with any of her exes maybe. She said: “you don’t know what life has in store for you and you know the universe brings you weird s–t, at different times.”

About dating in general the reality star said: “Like I just am enjoying my life where I’m at right now and I’m not trying to have anything serious unless it was 100% the right person, the right time and all of that. Because I’ve tried it before, and it hasn’t worked out.”

Fans will have to watch Vanderpump to find out what’s next.