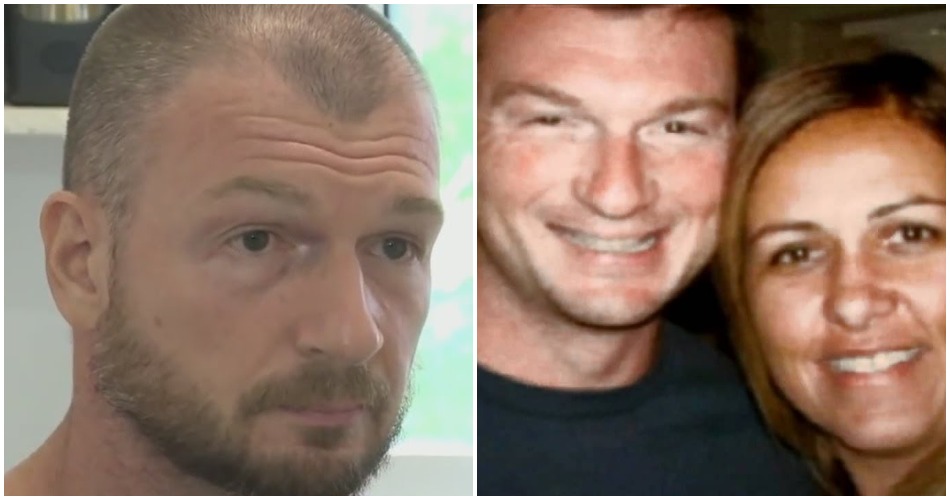 Former producer of CBS reality TV series Survivor was spotted in L.A. yesterday. According to TMZ, paparazzi photographers likely did a double take as Bruce Beresford-Redman looked like a different person.

Photos obtained and published by the outlet reveal the former Survivor producer rocking an entirely new style. The photos featured Beresford-Redman wearing a navy blue short sleeved t-shirt with blue bottoms. He had a clean, buzzed head with a full bushy beard. His mustache was also full enough that it wrapped around his lip and blended into his beard.

The ex-producer of Survivor received a conviction for the murder of his wife.

For those who are unfamiliar with Bruce Beresford-Redman’s story, he was once the producer of Survivor.

They found the body of his wife Monica in a sewer at a Cancun-area resort. At the time, his family was vacationing in the area. Authorities confirmed her death was not an accident. Someone suffocated her. Also, she had bruising on both her head and neck.

While the former member of the Survivor crew initially went back home, he was extradited back to Mexico in 2012. He received a conviction for the murder of his wife in 2015.

They released him from Quintana Roo Jail two months ago.

Turns out, Bruce has been a free man for a few months now. He has reportedly since returned to his home located in Southern California.

For the murder of his wife, he received a sentence of 12 years behind the bars of a Mexican prison. After four years and just a third of his sentence, they released him early.

Speaking to KNBC-TV, his former attorney, Jaime Cancino, explained that prisoners in Mexico are eligible for early release after completing 60 percent of their sentence.

Former #Survivor producer Bruce Beresford-Redman is free and back in the United States.https://t.co/bIpvHzpgEG

TMZ speculates the prison must have factored in previous time served as four years behind bars doesn’t amount to 60 percent of a 12 year sentence.

He maintains his innocence, has nothing to say to reporters.

To this day, Bruce Beresford-Redman maintains that he did not murder his wife. When reporters attempted to catch up with him and interview him at his home, he brushed them off. He had nothing to say.

Survivor fans are furious to learn of his early release.

Unsurprisingly, neither Survivor fans — or the rest of the internet — was too happy to learn of the early release.

One Twitter user questioned “how the h*ll” he could be released after just seven years for murdering his wife.

He’s convicted of killing his wife and got out in just 4 years? What a joke. Somehow he paid them a ton of money and they let him go.

In shock, some Twitter users penned their surprise that he was free after such a short stint in prison.

Depending on when you joined the Survivor fan base (as it continues to attract new generations every year), you may have never heard the story of Bruce Beresford-Redman. Does is early release surprise you? Do you think he looks unrecognizable too? Sound off in the comments down below.