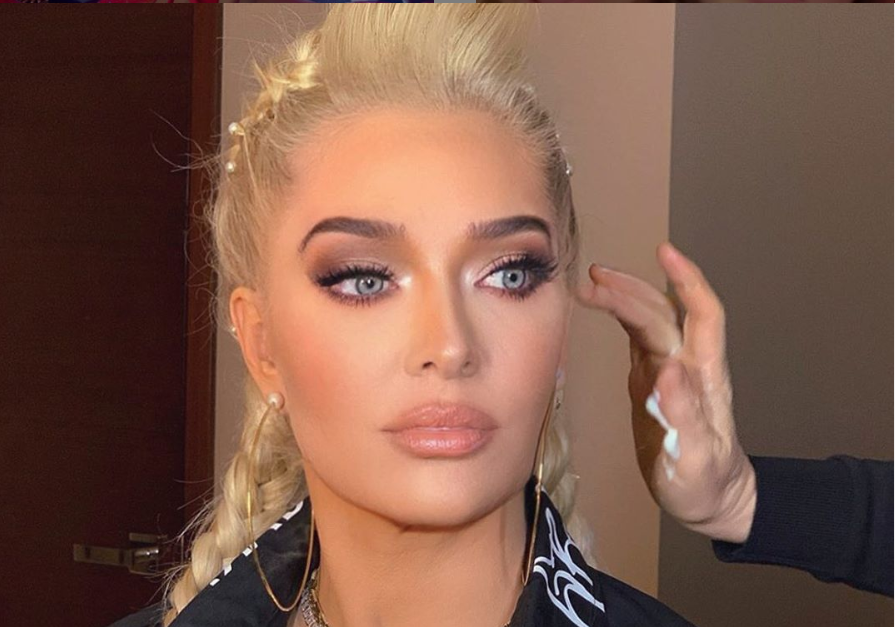 Real Housewives fans love to speculate about everything. That’s why when Erika Jayne removed the RHOBH logo from her banner on social media, the Internet lost their minds. Fans decided this meant Jayne had been fired from the show and this was the reason two new wives were coming on. Erika had, as Reality Tea said, “a low key season…. she looked bored the whole time.” She didn’t really lend herself to any of the drama surrounding her on the show. So, when she made a change to her banner, fans thought the worst had happened.

Not that she doesn’t have her own drama, her husband is being sued for fifteen million. Erika Jayne did get dragged into the courtroom but even then she wasn’t throwing herself on the ground and screaming. However, these things didn’t mean she was not coming back to RHOBH at all. So, why did she remove the logo from her social media?

Why Did Erika Jayne Make Changes To Her Social Media?

When production started on Season 10 of RHOBH, Erika changed the banner she had up. It was no longer the cast, it was just pictures of her. This started everyone speculating about her not coming back to the show and being a main wife. Erika had this to say about the hullabaloo. “You change your banner art and people have a meltdown,” Erika said, “I don’t know where that comes from, but yeah.” Of course, there are some fans who think she did it specifically to get attention and get tongues wagging. She’ll never tell.

If Erika Jayne did change up her banners to draw attention to herself, it was a brilliant move. In interviews, she’s being asked if she’s coming back to the show instead of if she can pay back the money her husband owes. Erika isn’t skimping on work. She just appeared in Brooke Candy’s new video for Drip. In the video, she writhes around in a dominatrix cat costume. Since Erika’s own sounds have been pretty sexual, it’s not a stretch to see her in an equally sexy video with Brooke Candy.  With that debut and the pictures that accompany it on her Instagram, Erika Jayne has found lots of ways to keep the press talking about everything but her lawsuit.