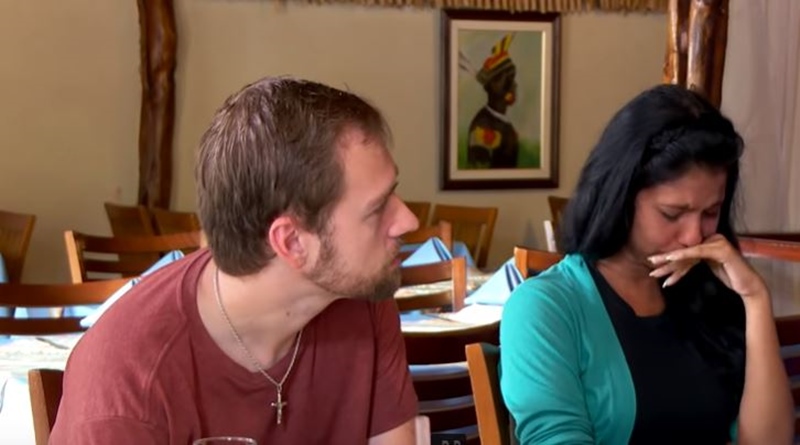 90 Day Fiance fans love the drama of the TLC show, but sometimes, they also hate on the cast members. However, that hate borders on obsession, and sometimes fans involve the cops in the lives of those they hate.

Rumors went around that alums Paul and Karine were living in filthy conditions and consequently, their baby was living in abusive conditions. In fact, news came out that the cops got called on them by concerned fans. But, it looks like those allegations just fell flat.

Followers of the TLC show know the backstory of Karine and Paul Staehle. They ended up living in an apartment in Brazil as Karine couldn’t live in the USA. Obviously tight for money, the apartment was not really in a very good state. The couple bickered a lot. Mainly, as they had trouble understanding their respective languages.  Fans started hating on the couple as Karine seemed to be always poking at Paul until he lost his temper. Meanwhile, Paul seemed to avoid sorting out any problems at all. He also became uncaring and withdrawn.

When they had a baby, many fans suspected it was not his child and urged him to get a DNA test done. To this day, that still goes on over on the 90 Day Fiance couple’s Instagram accounts.

Now, they do live in the USA and TV Shows Ace noted that “Karine Martins confirmed that she and Paul Staehle are together in the USA.”

But, towards the end of August, Paul took to his Instagram and shared a video about toilet products. However, he used the opportunity to explain why they recently removed pics and vids of their baby Pierre.

In the video about the toilet products, Paul said, “I haven’t posted for a while. Folks might be wondering why we are archiving and minimizing our baby photographs on social media. We’ve had quite a bit of negativity.”

Then referring to a lot of people and their foul attitudes, he launched into a promo for a product that stops bowel movements from stinking.

According to Soap Dirt, a story came out that fans were very concerned about the state of the home.

In fact, they reported the 90 Day Fiance alums to the cops. Other concerns arose when Karine allegedly was in no state to attend the Tell-All, Apparently, she suffered from postpartum depression. The whole issue started after Paul shared a video to his Instagram showing the baby Pierre playing with what seems to be some dirty old braids. Plus, the home was in a big mess. The video was also shared to IG by 187Anonymousgossip.

Im assuming this is the video that Paul posted & it made people call CPS on them for possible child neglect, child abuse and the conditions of their home. All CPS charges were dismissed. Thoughts?? 💭 article information via Soapdirt

Well, as noted by the source Reality Tea got their story from, numerous calls went to the cops and they finally located the couple. The outlet notes, “law enforcement found nothing concerning.”

So, rumor and hype from concerned fans got out of hand. People felt they could take control over these 90 Day Fiance stars. As some fans noted on the post by 187Anonymousgossip, maybe people should mind their own business a bit. One follower commented, “Bruh why are ppl so involved in these losers lives, just keep to your lame *ss lives in the Midwest and shut up.”

What do you think about fans reporting allegations of child abuse to the cops based on a video and rumors? Do you think they become too obsessive? Or, are they right to call in these concerns? Sound out your thoughts in the comments below.