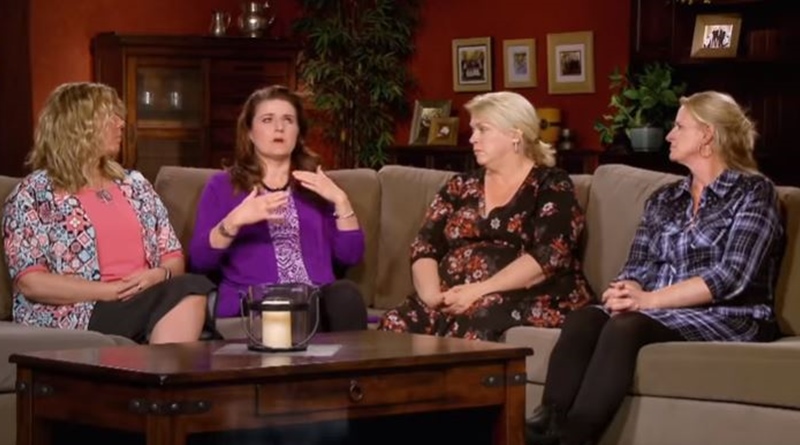 Sister Wives fans speculated for some time now, that Season 14 of the TLC show is being filmed. This arose after the family went to Disneyland. Plus, Mariah got spotted with a film crew in Chicago. Now, with Meri’s home they rented going back on the market, there may be a good reason for that. The home came with filming restrictions, as does Janelle’s rental. Now the U-Haul trucks in Flagstaff indicate TLC’s filming the family there. So, if they started filming in Arizona. when will it premiere?

Sister Wives Season 14 not yet announced by TLC

No official announcement came out about a new season of the show. However, that’s not so unusual. Last year, we only heard about it in December, ahead of the January premiere. But, enough hints come out to assume that Kody Brown’s family’s shooting something. Even stories related to Robyn Brown and Meri’s rented homes being relisted by the owners might relate to filming. Popculture reminded us in June “that two of the four properties are…no film zones.” But things moved on since then, and presumably, the wives live somewhere else now.

If Meri’s new place comes with no filming restrictions, then why not start getting in some of the goings-on? The Sister Wives franchise ran for years, and fans show little inclination to stop clamoring for more. Plus, TLC finds ways to keep us all guessing about whether Meri really wants out. Or, do the other wives all hate Robyn? Will Kody find a fifth wife? And, of course, we all want a reveal on the big house Kody planned for his wives in the last season.

If Kody Brown’s family’s filming Season 14, when will it premiere?

TV Shows Ace noted that the arrival of the reported U-Haul trucks might indicate filming’s started. They’re apparently parked on the property the Browns purchased. And, a big hint came from Gwendlyn Brown on IG. A fan asked her, “Are you guys doing another season? If you can say.” Gwenlyn said she’s not clear on what she is and isn’t allowed to say, but she did also drop a hint leaning toward a “yes.” So, it looks like all the rumors about filming seem quite certain.

What’s not known, is when we can expect the premiere. However, The Hollywood Gossip made some calculations and they point towards a January 7 premiere date. They pointed out that “Many new shows or seasons premiere early in a new year, following the holidays.” Then, they also noted last season premiered in January this year. Plus, factor in that as of November last year no development took place on the Coyote Pass property belong to the Sister Wives family. Things might be about to change, so we should expect a continuation of that teaser about Kody’s massive home he wants.

What do you think about all this? Do you believe Kody Brown’s family’s started filming in Flagstaff and we can expect the premiere in January? Sound off your thoughts in the comments below.