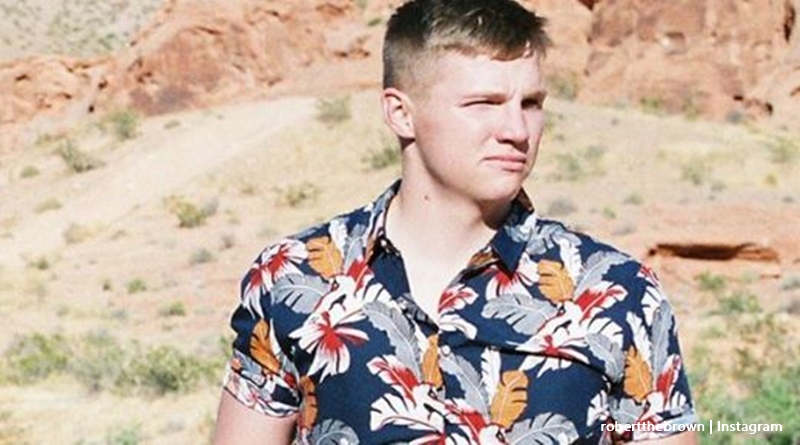 Sister Wives son Garrison Brown’s a mini-me of his dad Kody. Fans talked about it on a post his mom, Janelle Brown shared on her Instagram. But, fans should take note, Robert Garrison’s much neater and smarter without Kody’s ghastly trademark man-bun.  As TV Shows Ace reported previously, “And that neat haircut…take a lesson there dad Brown.” We made that comment on a story about Robert Garrison’s girlfriend, Kylie Marshall.

Janelle shared a repost of a photo Garrison posted recently. It showed him and Kylie dressed up for a night out. We saw Kylie appear on his Instagram back in May and it looks like the young couple is still dating. Well, Robert, as he prefers to be known, looked extremely handsome. Dressed in his best blues National Guard uniform, any young woman would be proud to stand at his side. Obviously very proud of her son, Janelle captioned it with, “Just look at this boy of mine 😍.”

Many fans responded to the photo, remaking what a “handsome young man he is.” Others agreed that Janelle must be very proud of her son. One Sister Wives fan said, “He favors his father so much. Very handsome.” Actually, many others picked up on that. @mo_niique1 noted, “He’s a mini Kody,” and @kristi.middaugh agreed, writing, “Looks so much like Cody! ❤️.” @andreatanchuk also commented, saying, “Can you say Kody junior omg so handsome ♥️♥️.”

It’s strange that most people simply don’t see Kody as good-looking. Perhaps that’s because personality can skew what we feel about people. Kody’s always making what seems like impetuous decisions for his family. More than once, we saw him disrupt the lives of the kids as he shifted cities. The recent move from Las Vegas to Flagstaff annoyed so many Sister Wives fans. After all, Janelle got terribly upset about it. Gabriele took it the worst, and fans urged her to leave him Las Vegas. But, taking some flak from Kody, he ended up in the new town, regardless.

Fans thought Kody was bullying the family a bit and maybe that prompted another comment on Janelle’s photo. One user wrote about Robert Garrison, “I hope he doesn’t act like [Kody].” Referring to Las Vegas, several fans also noted the home they stood outside looked remarkably like one of the Brown’s homes. One fan asked, “is that in front of your old Vegas house? congrats. Well, we know that Kylie comes from Vegas, so it could be her home. Or, as we know, one f the homes didn’t sell yet.

What do you think about fans agreeing that Garrison Brown’s his dad’s mini-me? Do you feel he’s the spitting image of Kody? If Kody dumped the man-bun, do you think he might be handsome as well? Sound off your thoughts in the comments below.