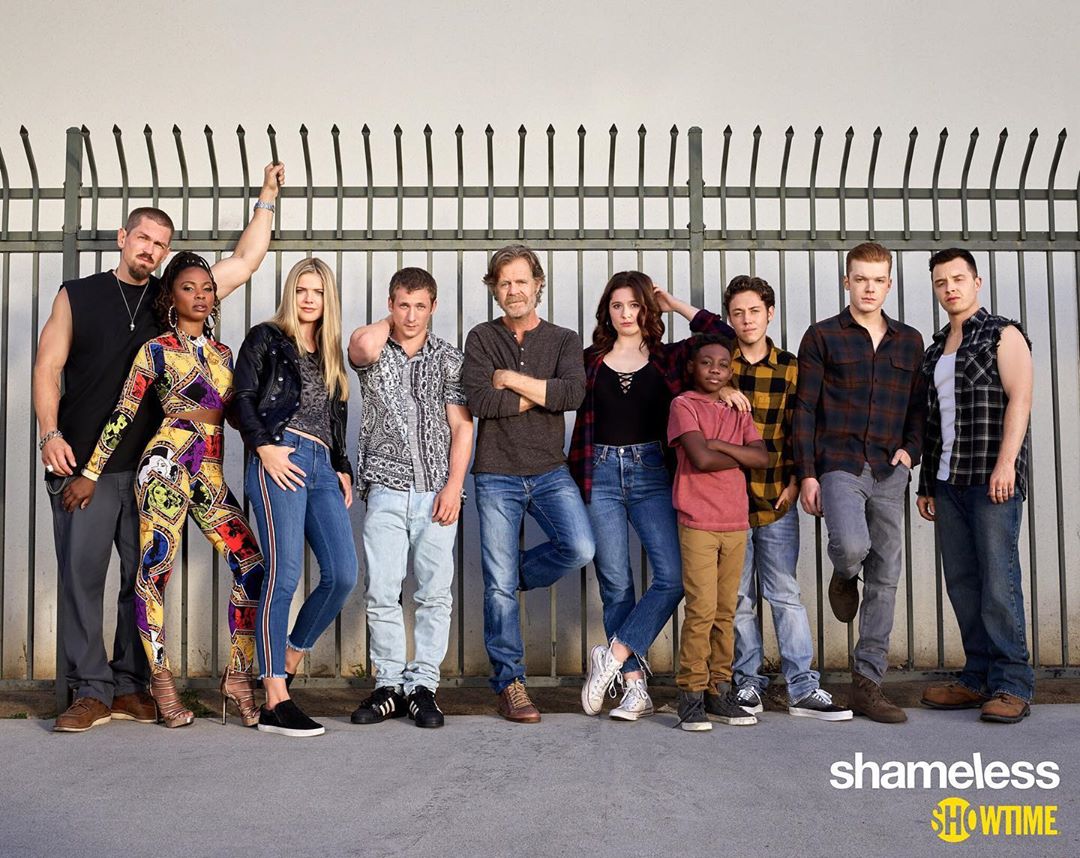 In case you missed it, Shameless dropped a Season 10 trailer teaser on their Instagram a few days ago.

While the teasing clip of your favorite Gallagher family was just 50 seconds long, it gave tons of glimpses on what to expect this season. Fortunately, we at TV Shows Ace watched the Shameless Season 10 trailer a dozen times. So, we’re going to break down what everyone can expect from the upcoming season.

The 50 second Shameless Season 10 trailer kicks off with Debbie making it crystal clear that she isn’t Fiona. As those who watched Season 9 know, Emmy Rossum ⁠— who has been with the show since the very first episode ⁠— exited her role as Fiona last season. Leaving behind a generous sum of $50,000, Debbie seemingly steps up to fill the shoes left behind by her sister. Unfortunately for Frank (William H. Macy), it doesn’t appear as if Debbie is interested in babying him the same way her older sister did.

The clip features Debbie storming into the room before throwing a pile of clothing at her father. Unlike her sister, Debbie isn’t willing to clean up after her father anymore.

This is a pretty big transition from the Debbie fans grew to love during the first few seasons of the series. Initially, Debbie was always the one caring for her father and providing for him. She was seen cleaning him up, covering him up, and helping him. After getting her period and having Franny, something inside changed.

Perhaps one of the biggest highlights fans have to look forward to this season is the return of Noel Fisher as Mickey Milkovich. Fisher has entered and exited the shows on many occasions. Showrunner John Wells even jokingly revealed during an interview once that he received death threats from dedicated fans over Noel no longer being in the show.

According to an exclusive interview with Entertainment Weekly just last week, Noel Fisher and Cameron Monaghan opened up about the revival of Gallavich. During the interview, Monaghan revealed one of the biggest reasons why he decided to return after exiting the show during the midseason finale of Season 9 is because of Fisher.

Little #Gallavich reading to kick off your weekend over at @entertainmentweekly. #Shameless

He was excited to return and explore the “almost Shakespearean” relationship his character and Noel’s character shared.

“That was something that felt worth going back to. There’s still a lot of story to tell. We’ve never really had these characters just together in a somewhat stable environment for very long, so that’s been fun to explore.”

Most Shameless fans find it truly ironic and a bit sad that a “stable” environment for Ian and Mickey is a jail cell.

Kevin Struggling With His Identity

It has been revealed that Steve Howey’s character Kevin Ball will struggle with an identity crisis this season. The Shameless teaser reveals Kevin may even take another stab at stripping.

A very brief moment in the clip features Howey’s character on a stripper pole while shedding clothing. As Shameless fans enjoy seeing Steve Howey shirtless, this isn’t a career path anyone would mind.

It also appears as if Jess Gabor will return to her role as Kelly Keefe this season. The drama and tension of her relationship with Carl (Ethan Cutkosky) caused some fans to wonder if she’d be returning. As those who watched Season 9 recall, Debbie tried to take her friendship with Carl’s girlfriend to something a little more romantic. Unfortunately for Debbie, Kelly was not interested.

Shameless fans watched as the relationship between Carl and Kelly exploded. Jealousy, though justified, got the best of him. The Season 10 trailer featured a clip of Kelly referring to Carl as “her man.” So, it would seem as if they work things out for the better.

Shameless is back and so am I. What’s good Instagram!

Carl, however, does wrap up military school during Season 10. This is unfortunate because he’s not sure what he wants to do with his life moving forward.

Lip Has His Baby

Lip (Jeremy Allen White) and Tami (Kate Miner) give birth during Season 10. The trailer teaser features an adorable clip of Lip holding his new baby. The sweet clip quickly takes its usual Shameless turn when Frank asks if he’s sure the baby is his.

As those who’ve watched the series from the beginning know, this is a low blow for Lip. Lip was under the impress who was having a child with Karen early on in the season. It wasn’t until the baby was born a different race that he realized it wasn’t is.

Where Are Liam and Veronica?

Unfortunately, Liam (Christian Isaiah) and Veronica (Shanola Hampton) do not make much of an appearance during the Season 10 trailer preview. Fans who have been following Shameless news, however, know they will be spending a lot of time together. Liam expressed an interest in exploring black culture last season. Being the most fit to guide him, Veronica is slated to take on the challenge.

One can only wonder how she’s coping with Kevin’s identity crisis though.

Have you watched the Season 10 trailer teaser for Shameless as many times as we have? The premiere is slated for November 3rd! Check back for the latest Shameless related news!