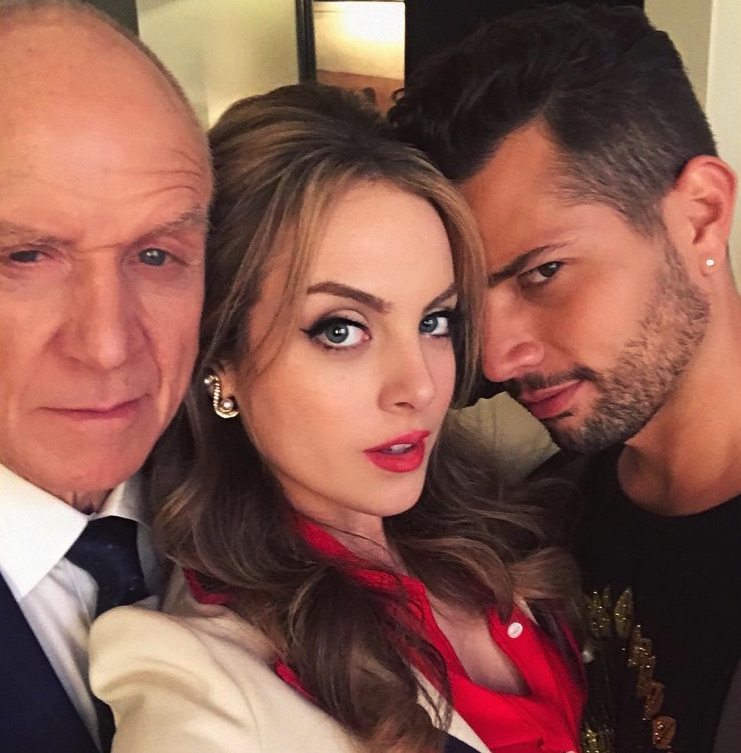 On Friday Kenny Leon, the Tony Award-winning Broadway, television and film director announced that he is directing a Dynasty musical episode for Dynasty Season 3! What do we know so far?

What Do We Know About The Musical Dynasty Episode?

Right now there is very little known about the Dynasty musical episode. We do know that director Kenny Leon will be directing the cast. Kenny Leon has posted a copy of the script on his Instagram page. We know that this is the fourth episode of Dynasty Season 3. Unfortunately, we do not know the title of the episode, but we know Jenna Richman wrote the screenplay.

Will this story be a fantasy or a dream? Could this episode explain why there is a new Cristal? Or is this a combination reset and musical apology to fans for a mediocre Dynasty Season 2? What kind of music will they feature and what songs will they be singing? Will this be the episode where Alexis returns? So many questions!

Tony called the Dynasty team his “family.” He hashtagged Elizabeth Gillies (Fallon Carrington) and Grant Show (Blake Carrington) when he posted a photo of the script on Instagram. He wrote on Instagram: “Grateful for the work! Excited to work with my Family @cw_dynasty ..a very special episode #lizgillies #granttoo-”

Who Is The Dynasty Musical Director Kenny Leon?

Kenny Leon is a multi-award-winning director of stage and screen. Of course, what may be most notable to this special musical Dynasty episode is that he has directed the successful musical, The Wiz Live! in 2015, starring Shanice Williams, Common, Queen Latifah and Mary J. Blige. And then, the next year, he directed Hairspray Live!, with Harvey Fierstein, Kristin Chenoweth, Ariana Grande and Jennifer Hudson.

Kenny Leon is not unknown to the Dynasty Cast. He directed “Poor Little Rich Girl,” “A Well Dressed Tarantula” in Season 1, and “Ship of Vipers” in Season 2. This is a big bonus, as he knows how talented this cast is, and how opulent the set designs can be. This promises to be an absolutely incredible episode. Kenny Leon will make magic.

Grateful for the work! Excited to work with my Family @cw_dynasty ..a very special episode #lizgillies #granttoo

Dynasty Has A Talented Cast

Elizabeth Gillies fans know about her incredible musical talent. Anyone who has seen the two seasons of Sex&Drugs&Rock&Roll has heard her belt out some rock numbers. Furthermore, Liz Gillies fans can get a double treat as she costarred with Ariana Grande on Nickelodeon’s Victorious. Clearly, Liz will be the star of this episode, but who else can sing?

Turns out, Sam Underwood, who plays Fallon’s long lost evil brother Adam, also has some musical talent. He often shares clips of his music on Instagram. We also know James Mackay is musically talented, but there is no word on whether Steven Carrington is back on Dynasty Season 3. As for other cast members, it will be interesting to hear others sing and dance their way through an episode.

Practice in public. Open mic tonight! My phone thought the people standing behind me were more interesting to watch. Promise it’s me 😉

Dynasty fans, are you excited about the upcoming musical episode? What songs do you want the cast to sing? Who do you think has a secret musical talent? Please share your predictions. Dynasty Season 3 premieres on October 11, on the CW.