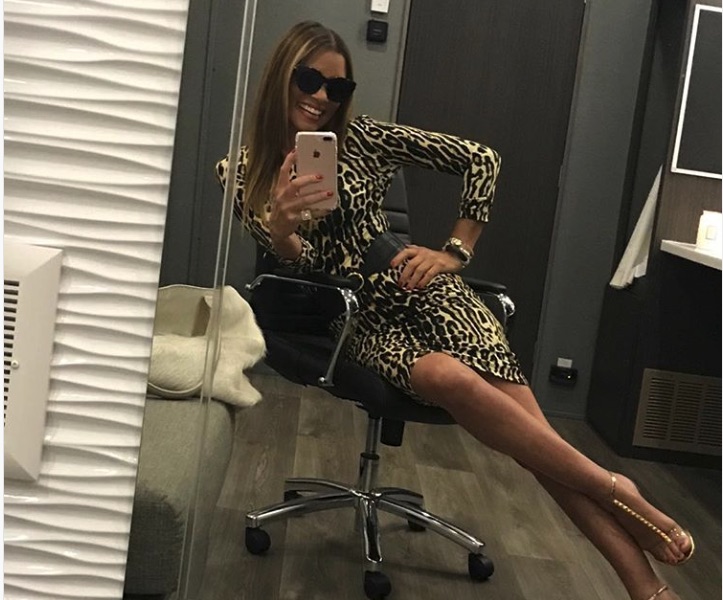 On Thursday, Dynasty star Michael Michele posted a photo of herself in devil horns. Fully into her Dominique Deveraux character, she captioned her photo: “Oh no she didn’t!” Michael has been filling up her social media with the devilish promise that Dynasty Season 3 could be the most diabolical ever. What do we know about the Carrington sister/Colby matriarch?

The new season of Dynasty will be a battle of the Carringtons. According to Den of Geek, Dynasty Season 3 will see Blake (Grant Show) transition from “me time,” and jump back into the game. He wants to “reclaim what’s rightfully his.” Of course this means he wants to reclaim his company that Fallon (Elizabeth Gillies) tricked out of his control. But, Blake now has another Carrington to outmaneuver–his half-sister Dominque Devereaux. She has showed up to Atlanta and “is here to stay and she isn’t backing down from a fight over what’s rightfully hers, either.”

In Season 2, Dominique proved that she was doing some uncouth things to get on the secret Carrington payroll. Sounds like she wants to be the one in control of all of that cash and prestige. But, can Dominique outmaneuver her half-brother Blake?

On Thursday, Michael Michele posted an Instagram selfie of herself with the words “Dominique isn’t walking a straight line. Just sayin’….” She didn’t give any hints to what sort of evil manipulations that Dominique is up to, but fans can only guess. In the original Dynasty, Diahann Carroll portrayed Dominique, and Dominque’s biggest rival was Alexis Carrington (Joan Collins). As there is currently no Alexis on Dynasty, it looks like the conflicts will all be with her family.

Dominque double crossed her son Jeff (Samuel Adegoke) by faking his death and framing Adam Carrington (Sam Underwood). On the contrary, she didn’t exactly do that. Jeff  left on a private jet, never return. He was incurably sick from a mystery poison, courtesy of Adam. Jeff believed he got his revenge and his mom helped him. Instead, Dominque helped our her brother Blake by not planting the fake evidence in return for getting back on the Carrington gravy train. Fans believed that this was the end of Jeff, but last week, Sam Adegoke posted a selfie on social media and it looks like he is back! Will Jeff finally see that his mom is only evil?

Monica Colby (Wakeema Hollis) has always questioned their mother’s motives and it could prove to be a major showdown between mother and daughter. Can you say cat fight?

Dynasty fans, are you excited about Michael Michele returning to Season 3 full time? Do you think that she will cause Jeff and Monica Colby more pain than happiness?Share your comments and be sure to check back to TV Shows Ace for the latest on Dynasty. Dynasty Season 3 returns to The CW on Friday, October 11 at 9/8 CT.