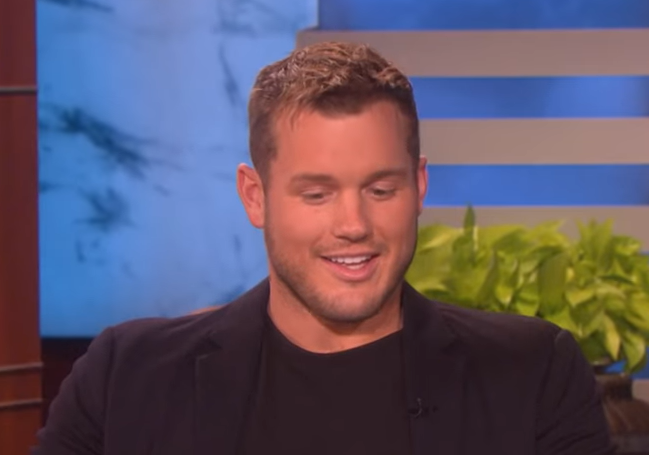 As host of The Bachelor and The Bachelorette, Chris Harrison has an inside look at all the people who have been on that stage. That’s why he’s the best one to comment on whether Colton Underwood would do well on the dance floor.

Colton Underwood, the 23rd bachelor played football for the NFL and a contestant on The Bachelorette first, but can he dance? Chris Harrison talked to Entertainment Tonight to tell whether he would be great on Dancing With the Stars or not. Harrison shared his opinion on what he really thought.

Since there’s been rumors Colton Underwood might be headed to DWTS, Chris Harrison is unsure of how he would do. He said not to get him wrong, he thinks Underwood is, “awesome and like his little brother, but not a good dancer. Harrison said he has no rhythm at all and, “he will put in the effort, but I’m talking he’s at zero, he might get a two if he crushes it.”

He does think Colton Underwood would make for, “great TV.” Harrison thinks Colton will try his best and he’s a world class athlete. He stated, “athletes have a great history on the show, but only if they are good at dancing.” He also said people would vote for Colton Underwood because he would be, “shirtless with puppies and stuff.” It’s clear he thinks the former Bachelor’s looks are going to be better than his dancing ability.

What Other Reality Stars Does Harrison Think Would Do Well?

While he doesn’t think Colton Underwood would do that great, he does think Hannah would kill it. About the most recent Bachelorette he said, “Hannah is a performer, I think she can dance. She’ll be at a four and can get to an eight.” He said Hannah Brown would win if it came down to a competition between her and Colton. He also thinks Tyler Cameron should be given a chance to go on the show. Harrison said, “he had the whole Footloose thing!”

Also rumored to be joining the show is Cassie Randolph, the one and only Underwood gave his rose to. A couple on the show would make it even more interesting. Fans can’t wait for the stars to be announced so they can start taking bets on who will win.