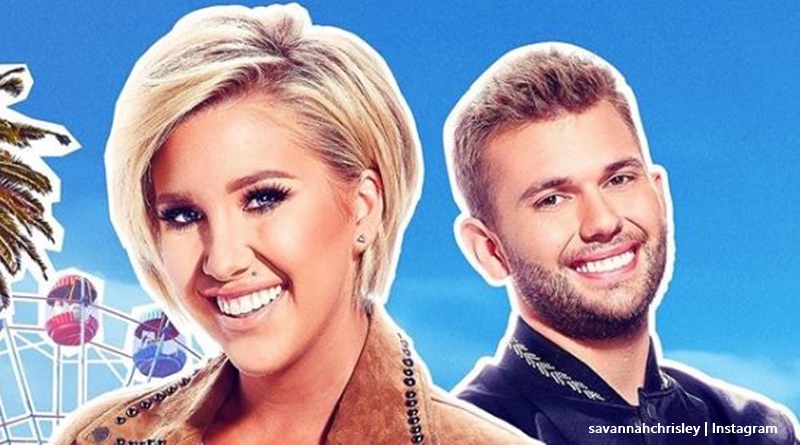 Growing Up Chrisley, the spinoff from Chrisley Knows Best returns for its second season next week. According to USA Network, it will premiere at 10:30 p.m. Tuesday, August 6. Across the Internet, the same premier date went out for the show. But now, Savannah confused a lot of fans by posting that it premieres Monday, which is August 5. If you look at the Direct TV guide, it also shows it on Tuesday, August 6th.

Growing Up Chrisley Season 2 storyline for Chase and Savannah

People, Distractify, and Deadline all carried the date as August 6 for the start date of the show. It looks like this season will bring Chase and Savannah driving across the country from Tennessee to Los Angeles. Unlike normal people, they won’t be living in cheap digs and slumming out in a cramped apartment. Nope, they got a beautiful house to themselves, although it came with rules from dad Todd. They need to live like adults, and Savannah’s basically got to keep an eye on Chase.

Of course, part of the series is expected to cover the road trip they made, along with Nanny Faye. Speaking to Steve TV, Savannah said it “was awful.” Apparently, she invited herself to come along. Chase said it was actually “terrible.”  She opened up a “bag of pork rinds. The smell was so bad that Savannah said she’d have “rather walked.” So, expect some of that footage.

Something else we’ll see is the house where Savannah and Chase stay. The Chrisley Knows Best channel on YouTube aired some footage of that ahead of the season. We saw Chase giving a tour of it. As People pointed out, there’s no mom there, and Chase jokes that Savannah will take up the slack in the kitchen. He pointed out the white Chesterfield sofa: “When Savannah’s not eating her feelings on the couch, Elliot’s probably asleep there or I’m watching a game,” he says.

Plus out the back, there’s an awesome entertainment area. With a hot tub, gazebo, tropical gardens, and a pool. no doubt they all enjoy that very much. Other than the new place, we might see some of the plans for Savannah’s wedding. While there’s not much said about that anywhere, we know that Savannah and Nic Kerdiles became engaged. Distractify tells us we can expect a wedding sometime in 2020.

When does the show actually premiere?

Well, it’s widely known that show premieres on Tuesday, August 6, so many fans got confused by Savannah’s Instagram post on Saturday night. She wrote, “Idk about y’all but I’m sooo excited for Monday! Hahah season 2 of #growingupchrisley premieres and you do NOT wanna miss it!!”  Many fans asked about this, as most heard it’s coming the next night. That’s mainly because of what they read online. Plus, Chrisley Knows best already had their Summer Finale.

Idk about y’all but I’m sooo excited for Tuesday! Hahah season 2 of #growingupchrisley premieres and you do NOT wanna miss it!! @chasechrisley

However, those seemingly in the know explained about it. One fan, @sha**, said,  “It’s Monday’s now not Tuesday is y’all on the same channel.” Meanwhile, many other fans believe it still premieres on Tuesday. So, the general consensus is, check for Monday, just in case.

What do you think about the upcoming season? Are you excited about it? Are you also confused with the premiere date that Savannah said is Monday (Aug.5)? Let us know your thought in the comments below.

Remember to check back with TV Shows Ace often for more news about Growing Up Chrisley.