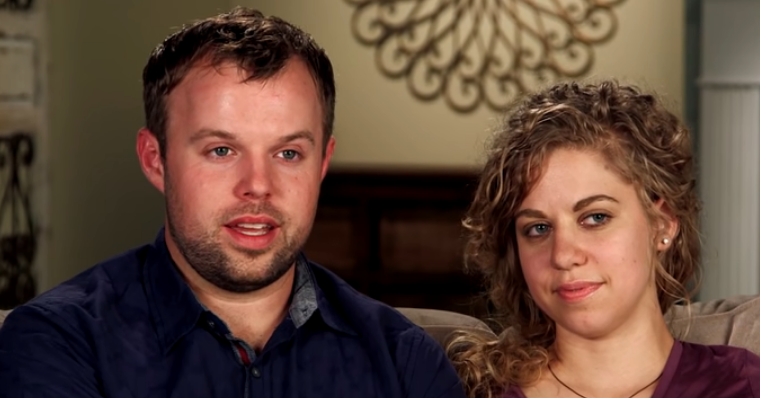 An announcement on Duggar Family brought some great news for John and Abbie Duggar. The two were smiling at each other lovingly. They posted pictures on the website with their reveal and it’s possibly the cutest thing ever.

On their website, they posted a video and announcement photos. In the video, the two expressed their joy and thanked the fans for all of their support.

We enjoyed helping our family make and sell over 100 gallons of homemade peach ice cream this past weekend! 🍦 🍑 #stratfordpeachfestival

How Did John And Abbie Duggar Make Their Special Announcement?

The theme is right on the money for this couple. Since John is a pilot and proposed in an airplane hanger, it fits. For the first picture they shared, the two are on the inside of a plane. The photo is taken from outside and there’s a baby on board sign on the window. You can see their smiling faces through the pane.

Another picture shows John and Abbie Duggar in the plane wearing pilot headsets. They are holding up a onesie that says baby passenger on board with a picture of a plane. The final picture shows the happy couple outside the plane. There is a sign beside it that says, “we’re expecting a co-pilot.” For fans, this confirms their suspicions because the two posted a picture on Instagram with just the two of them at the airport.

John said, “we have some exciting news. We’re expecting.” In the video, they shared along with the pictures the two couldn’t be happier.

Abbie says they went to urgent care because she felt ill. The doctor said, “we always do a pregnancy test and yours came back positive.”Abbie Duggar was in shock and told her she was going to cry out of excitement and shock. John said that wasn’t the way she planned to find out. Undoubtedly she probably expected to find out with her husband in their own private moment. Despite the surprise announcement, Abbie Duggar is looking forward to motherhood.

When it comes to gender each of the future parents has a guess. John has been thinking the baby would be a girl, but he’s been thinking boy more recently. Abbie Duggar said she was guessing it would be a boy. Either way, there’s no doubt these two will be excited either way. John said he can’t wait to have a little one running around.

Don’t miss new episodes of Counting On when it returns to TLC.