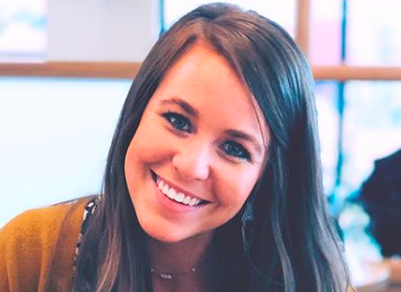 If you’re a Duggar fan, you know that Jinger Vuolo and her family made the move from Laredo, Texas to Los Angeles, California. Earlier this year, Jinger, Jeremy, and their daughter Felicity announced that they would be moving. This summer, they officially moved out west. The big move will be featured on Counting On when the show returns to TLC this fall.

At the time of the move, Jeremy shared an update and said, “We’ve begun our adventure west, to our new home in Los Angeles! Along for the ride is the ‘Counting On’ film crew (pictured), so make sure you tune in to @tlc this fall to join the journey!”

Since the move, Jeremy’s parents visited the family to celebrate Felicity’s first birthday. From what Duggar fans have noticed on social media, it doesn’t look like any of Jinger’s family members have ventured out west yet.

Two of the Counting On sisters are reunited

On Tuesday, both Jinger and Jana Duggar shared similar pictures on their Instagram pages. In the photos, they are each holding a cup of coffee over blue tile floors. Fans were quick to notice that the floors are the same in both pictures. Plus, the coffee mugs look similar.

In her post, Jinger tagged the location, which is a coffee shop in Los Angeles. Though Jana didn’t add a location to her post, it is obvious that they are at the same coffee shop.

Because of Duggar fans’ good eyes, it looks like Jana is visiting Jeremy, Jinger, and Felicity in Los Angeles. Two of the Counting On sisters have been reunited!

Along with her coffee photo, Jana shared a picture of herself trying on a hat at Nordstrom Rack. She kept her caption simple, writing, “Coffee & shopping!”

Since that first post, Jana has shared a couple more highlights from her trip to Los Angeles. In one post, she shows off the fresh oranges growing in Los Angeles. In her most recent post, she shared a photo of herself standing outside of a building. Above her, there is a sign that says, “Jana”. In her caption, she wrote, “Found my store!”

It looks like Jana is enjoying herself in Los Angeles so far. She’s probably loving getting to spend time with her sister, brother-in-law, and sweet niece Felicity. Maybe another Duggar will be taking a trip out to Los Angeles soon!

What do you think of Jana visiting Jinger in Los Angeles? Leave a comment below!

Counting On will return to TLC this fall. Stay tuned for updates!