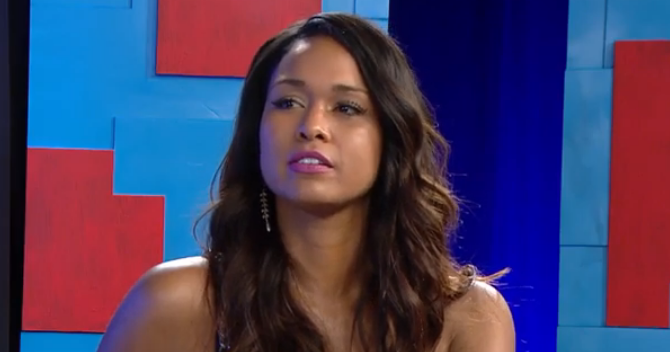 Katie Rost deserves some good news to share after a trying year and she’s got the bling to prove it according to People. The thirty-nine-year-old displayed a gorgeous rock on her Instagram.

It’s been a whirlwind romance for her with Jesse who she started dating in February. The last name of her social media boyfriend has not been released. So far, we’ve only seen him through Instagram pictures, but with the two making it official, we might see more.

An heirloom ring, and I said yes. We are engaged! Jesse's mom loves this ring. I am proud to wear it .

All of Katie Rost’s Instagram posts with her man show the star practically glowing with happiness. The newest post with the announcement is a close up of her engagement ring. It has a navy stone on a gold band surrounded by small diamonds. The ring has an old school classic look and is very pretty.

The star said it’s a special ring because it’s an heirloom. She said, “Jesse’s mom loves this ring.” They celebrated five months together and went out to Rocco’s in West Hollywood. Katie has been sharing their outings and lots of pictures of them kissing since she posted the first of them together in March.

The RHOP Star Deserves A Little Happiness In Her Life

On Yahoo News a post states after announcing she was pregnant in 2018, she tragically lost the baby. She’d never said who the father was but shared Instagram photos of a man at the time. Shortly after she broke up with that guy, named Jacob, she met Jesse and has been smitten ever since.

Before that Rost was married to James Orsini with the two divorcing in 2016. The two share three children, a boy and twin girls. According to Page Six the two were involved in a rough custody battle and there are alleged reports her husband had been abusive.

Jesse and Katie Rost have been traveling a lot together. Some of her Instagram posts have been from places like Catalina and Long Beach. It will be great to see her wedding storyline play out on next season of RHOP.

With the recent episode full of gossip on Ashley Darby’s husband and the accusations against him things will probably be tense between the housewives. Michael’s charges were dropped but that didn’t stop the ladies from gossiping about what they really thought happened. We’ll see who actually makes it into the wedding party when the big day rolls around.