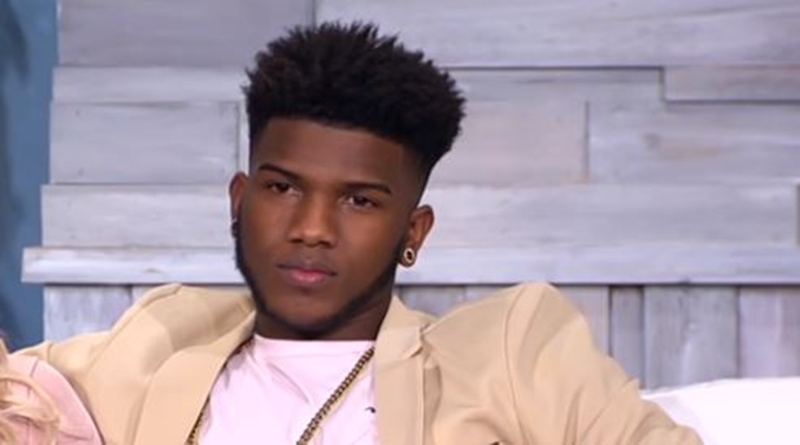 90 Day Fiance fans know that Jay Smith ended up in the custody of ICE and could very well end up being deported. Across social media, there seems some confusion as to his actual status. That came after he allegedly was found guilty of violating the PFA order against Ashley Martson. Expecting deportation, many fans discuss it. However, it looks like fans got very confused. So, Jay’s sister took her Instagram Stories Thursday night to clarify his deportation status.

Things started getting complicated as conflicting reports came out about whether Jay got found guilty for violating the PFA or not. US News Digest had it that “Jay Smith was found guilty at the PFA hearing, Ashley Martson confirms he’s getting deported.” Well, some people think he’s been sitting in jail awaiting deportation. But a few days back, Raine noted that he was not found guilty of violating the PFA and he got no fines or jail time. According to her, he just needs to stay away from Ashley for a year.

But TV Season spoilers elaborate that Jay’s possibly in jail as he failed to make a bond hearing. According to them,  “The reason behind another postponement for Jay’s bail is that both bail bond and PFA trial was on the same day. One had to take place in York and the other in Cumberland. Both places are an hour away. Jay couldn’t reach the bail hearing on time. When it started, Jay’s PFA hearing was still in progression.”

Has Jay been deported yet?

Concerned fans of 90 Day Fiance‘s Jay took to posts that Raine made to ask about whether Jay had been deported already. They heard via social media pages that he’s already out the country. One fan posted to Raine, “I just read Jay got deported back to Jamaica. Is this true?” Others messaged Raine because the rumors spread that he’s already gone. On that particular post, dated July 20. Raine replied, “not true!!” The fan noted, “thank you for the good news….. they are saying this on one of those 90 day pages.” Another fan agreed they saw the same posts.

So, since more people messaged Raine, she decided to clarify right now, the status of Jay. Taking to her Instagram Stories, she wrote, “I’ve been asked the same question over and over.” She added, “I’ll address it here so everyone can see.” Raine then wrote, “Jay is still locked up. He is not out of jail or deported. Still patiently waiting for his bail hearing date.” Note that is the latest news we heard about the status of Jay Smith’s jail and deportation as of Thursday night July 25.

Hopefully, Raine’s right, and that’s the reason Jay’s in jail. Obviously, if he really gets deported, look to some reliable and trusted source to get final clarity. These social media pages about the TLC show often breed rumors that simply aren’t true. What do you think about it coming from Raine Smith who clarified on Jay and his deportation status? Do think that’s more reliable than other people not close to Jay who speculate? Sound off your thoughts in the comments below.