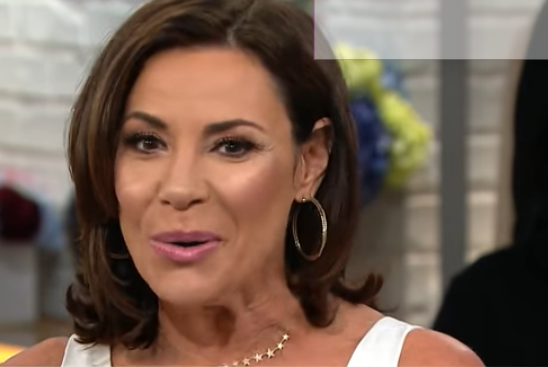 RHONY star Luann De Lesseps is aware it can be difficult to remain sober. It’s especially true when you’re on a reality television show that sees every part of your life.

Hollywood Life reported the fifty-four-year-old talked about her slip-up in April. She said the reason she was summoned to court was that she had two mimosas on Easter. Ramona Singer thinks she does more than just sipping mimosas. Her co-star called her out telling her she’s drinking on the side.

Here with my new friend Darla at the @bideawee #adoption event 🐾🐕 tons of cats and dogs are looking for homes, go to bideawee.org to adopt today 😘

Why Would Luann De Lesseps Drink If It Violated Her Probation?

Luann said she didn’t think if she had to blow at three o’clock, drinking at ten o’clock would be a problem. She said she now takes three breath tests daily.

Ramona Singer told her along with Bethenny Frankel that she didn’t stay long enough in rehab. Luann De Lesseps said it was three weeks while they said it was two. Luann has had trouble before getting arrested in 2017 for battery, public intoxication, and trespassing. This all stemmed from a problem with alcohol.

People reported she admitted to violating her probation and talked about the additional terms the judge added because of it. She admitted as well to being a self-sabotager during the reunion. She said when, “I’m doing great, that’s when I have to be careful.”

What Did She Have To Say About Ramona Singer’s Accusation?

Luann told her co-star to give her a break and that’s when Ramona Singer hit back with her accusation. Luann responded by saying simply, “no I’m not.” She maintains she isn’t drinking on the side.

She went on to say she left rehab early because she wanted to continue her cabaret show. She said the rehab center supported her and allowed her to check out. Ramona said, “you should have canceled and never left rehab.”

This issue will probably be discussed a lot more in the rest of the reunion. Luann De Lesseps says she plans to stay sober for the rest of her probationary period. Only time will tell if she can be successful. Make sure you don’t miss new episodes of The Real Housewives of New York City on Bravo.