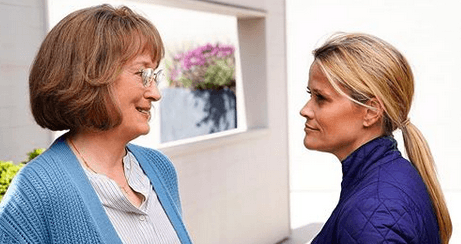 Big Little Lies Season 2 Episode 5 aired on Sunday. This leaves only two episodes in the second season of the HBO show. If you watched the most recent episode, you know that there is still plenty to wrap up in the two final episodes of the season.

Because of this, fans have started to wonder whether a third season is in the works or not. They are hopeful that the show will continue. As of right now, no official news on a potential third season has been announced. The show was actually only meant to last for one season so fans are lucky that they got a second season as well.

can’t get enough of @iain and @shailenewoodley

The president of HBO Casey Bloys spoke to TVLine about the possibility of a third season of Big Little Lies. He said, “I love this group of people – I would do anything with them. But the reality is, they are some of the busiest actresses working in Hollywood. We have deals with some of them — Nicole [Kidman] is doing her next show with us. I just think it’s not realistic.”

Then, he continued, “Look, if they all came to me and said, ‘We worked out all of our schedules!’ – then sure. But I just don’t think it’s realistic.”

There are only two episodes left in Season 2 of Big Little Lies. There are still a lot of loose ends to tie up over the next two weeks. So far, the show has been pretty unpredictable. There have been plot twists and surprises throughout both the first and second seasons of the show so far. There’s no telling what will happen in these next two episodes.

When Season 2 Episode 5 of Big Little Lies came to an end, Bonnie was approaching the police station and saw Jane’s boyfriend, Corey, leaving the police station. This leaves us with all kinds of questions. Is Bonnie about to turn herself in? Is Corey an undercover cop? This could end up affecting Jane too because she truly seems to like Corey.

Also, fans are wondering what is going on between Ed and Madeleine. After a failed attempt at a couples retreat, the couple still hasn’t made amends. Though Madeleine apologized profusely, it looks like Ed may be unfaithful to her, based on a quick scene at the end of the episode.

Of course, fans are dying to know what is going to happen between Celeste and Mary Louise. Will Celeste keep her boys, or will she be forced to hand them over to her mother-in-law? It seems like there may be more to unfold about Renata’s bankruptcy too.

Overall, fans are just hoping for some answers in the next couple of episodes. Hopefully, a third season will happen, but it doesn’t look promising. Luckily, Bloys said, “Season 2 was a chance for everyone involved to end [the franchise] in a way that feels satisfying.” It sounds like our questions will be answered.

Are you hopeful that there will be a third season? What do you want to see as this season wraps up? Leave a comment below.