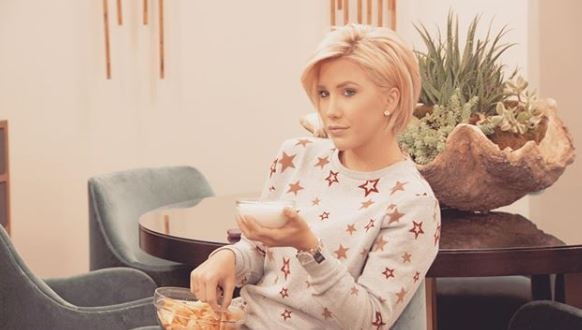 Tonight on a new episode of Chrisley Knows Best fans saw Savannah Chrisley say that Nic Kerdiles might be the one. She was talking to her dad when she mentioned it and actually shocked him a bit.

On tonight’s new episode of Chrisley Knows Best, Savannah was working hard to learn how to speak French. That is because her boyfriend at the time speaks French and English. She was even a bit worried he might leave her for someone that speaks French.

During this conversation, Savannah Chrisley told her mom and dad that Nic “might be the one.” Her dad Todd was a bit shocked to hear this one from her. Because this isn’t the first serious relationship Savannah has had, Todd may have not realized it was to this point for her.

Julie asked her why she was freaking out about it so much. Savannah said “he is the person I plan on being with for the rest of my life. Todd admitted they probably should have picked up on the fact that she wanted to learn something new and that isn’t normal.

Nic was actually shocked she was even learning how to speak French. He was proud of her decision, though. They were doing a long distance relationship at the time.

Life with you ❤️ @nickerdiles

Savanna must have been right

If you missed the news, Savannah Chrisley is engaged to Nic Kerdiles. It happened over Christmas, but the couple didn’t reveal the news right away to fans. Now, fans know that Savannah and Nic are working on their wedding. Things are going great for the couple. It turns out she must have known he was the one for a while.

Right now, things are going pretty well for Savannah and Nic. Hopefully, they end up filming their wedding so that the fans can see it. Chase also has a new girlfriend.

Are you surprised that Savannah Chrisley already knew Nic was the one? Share your thoughts in the comments below. Don’t miss new episodes of Chrisley Knows Best on Tuesdays on USA.