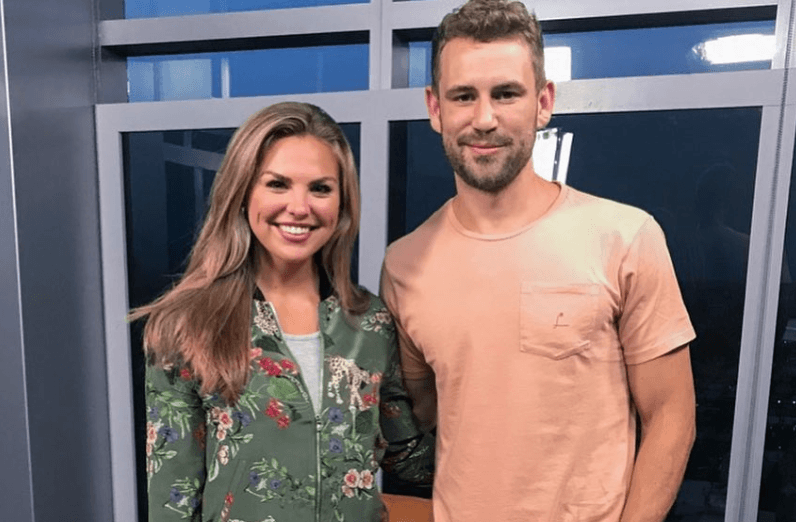 The Bachelorette is already down to its final four people. Although it’s already been revealed who wins the whole season, Bachelor Alum still have opinions on the four gentlemen.

Nick Viall on The Bachelorette

Everyone has opinions on how Hannah Brown has done as The Bachelorette. Now that it’s down to the final four, stakes are high. Nick Viall and Amanda Stanton opened up about the men that are left according to US Weekly.

First thing first, everyone has concerns about Jed. How could they not? It was recently revealed that he had a girlfriend the entire time he was on the show waiting for him at home. If that isn’t heartbreaking, I don’t know what is. Especially after seeing how he tells Hannah how much he loves her.

“Hot Take: Jed is a better liar than he is a musician,” Nick said on Twitter.

Breezy like Sunday morning in my Sun Blaze sunnies. GIVE AWAY with @EyeBuyDirect. GIVING AWAY 3 frames of your choice to one lucky winner! Rules to enter are: 1. Must like this pic 2. Must be following @EyeBuyDirect 3. Must Tag two friends below. The giveaway is U.S. only and we will announce a winner on July 3rd. #EyeBuyDirect #ad

Nick is overall clearly not very impressed with Jed. After all, he literally told Hannah at the beginning that he was only on the show to further his music career. That’s probably not something you want to tell the woman you supposedly want to marry. Then throw in his girlfriend at home, and that’s a recipe for disaster.

His ex-girlfriend understood the situation at first. She knew that this would really be a great opportunity for Jed since he is a musician and she is too.  However, it can be hard to realize that this is more than a TV show when you go on at first. Then, feelings start to develop that you may not realize will develop.

It must be so hard for his ex-girlfriend to now watch all of this on TV.

Nick isn’t the only one that doesn’t approve of Jed. Amanda Stanton agrees that he’s a cheater. Which, he really is.

As for any other Bachelor Alum? Jason Tartick is just surprised that Luke P. is making it to hometowns. Traditionally, the “villain” of the season would’ve gone home by now. Luke is going on to hometowns though. This has thrown Jason off and the rest of everyone watching too.

What do you think of the final four? Let us know in the comments. Be sure to watch the new episode of The Bachelorette Monday night. That’s the best way to find out who will get sent home and who will be one step closer to marrying Hannah at the end of this journey.