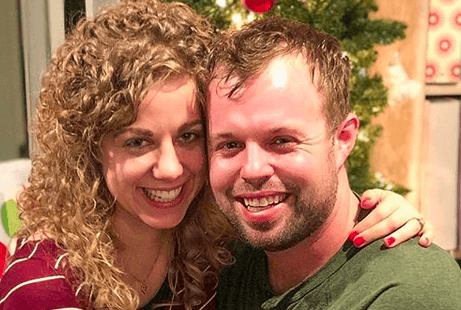 Counting On stars John and Abbie Duggar got married in November 2018. They did things a little bit differently from the rest of the Duggars. This included things like different courtship rules and getting married later in life. As of right now, the couple has yet to announce a pregnancy. Fans think they will be the next ones to do so though.

For a while, the couple was posting on their joint Instagram account every week or so. They would share cute selfies together. They would write captions about their life as a newly married couple. Duggar fans have decided that John and Abbie are the cutest couple in the family. They are definitely a favorite among Counting On fans for a few different reasons.

Now, John and Abbie haven’t shared a post in nearly two months. It’s not necessarily uncommon for people to unplug and take social media breaks. This just seems like a very long break, especially for people who were posting regularly. Because of this long break, fans have begun to wonder where the couple has gone.

Happy Mother’s Day to all the moms out there!!! Enter to win a whole new wardrobe from @citrusandlemon. One lucky winner will receive 3 dresses, 2 tops, 1 bottoms, and 1 pair of shoes! Here is how to enter: 1. Follow @citrusandlemon + @johnandabbie 2. Tag a friend below, more friends = more entries Contest ends in 48 hours and winner will be announced here on this post. ❤️

Sometimes, before a couple announces a pregnancy, they take a social media break. This can be due to pregnancy symptoms that keep them busy. Because some couples do this, Duggar fans have begun to speculate that John and Abbie may be expecting their first child.

When Grandma Duggar tragically passed away last month, Jessa Seewald shared a post on Instagram. She wrote, “She was so excited about the many new great-grandbabies due this coming fall and winter, and it never got old for her.” Fans were pretty quick to catch on and realized that the Duggar women who have announced their pregnancies are all due in November, which is in the fall.

This led fans to wonder which of the women could be waiting to announce a pregnancy. Abbie was near the top of that list. If she is the one who is expecting a baby in the winter, she could be due as late as March, which gives her plenty of time to make an announcement.

In the comments of John and Abbie’s most recent social media post, fans are very focused on the possibility of a pregnancy. Here are some of the comments:

Do you agree with these Duggar fans? Do you have another idea why John and Abbie could be taking a break from social media? Leave a comment below.