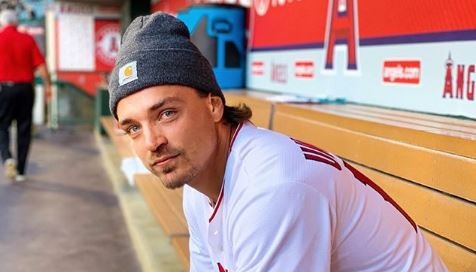 Filming for Bachelor in Paradise is over. It looks like Dean Unglert might have finally found love. It doesn’t end in engagement though according to spoilers. Reality Steve went to his Twitter and shared spoilers about what will end up happening.

Bachelor in Paradise spoilers for Dean

The spoilers for Bachelor in Paradise are slowly coming out. Reality Steve went to his Twitter to share how things are going to for Dean Unglert. Fans have followed him for a while now.

Reality Steve shared that during Bachelor in Paradise 2019 Dean will get the girl. Here is what he had to say.

“(BIP SPOILER): At the 3rd rose ceremony, Dean gave his rose to Caelynn then left. Didn’t see a relationship progressing past the show. Connor S came in and asked out Caelynn and things were going well until Dean returned, said he wanted to be w/ Caelynn, and Caelynn left w/ Dean.”

Will this love last?

So far it is too early to tell if Dean and Caelynn will last. It looks like she was willing to give up a chance with anyone else to be with him. The best way to do that was to leave the show with Dean. That gives them a chance to see how it works outside of the reality television world.

Dean recently shared that for the next week he would be out on a boat. He has also been living in his van recently. Maybe he took Caelynn with him on the boat. That would be a great way to spend some time together, but not worry about anyone catching them out and giving away spoilers.

if you need me, this is where i’ll be for the next seven days 🇬🇷

At least one engagement happens this season, but that one isn’t Dean. Maybe they will last and end up at that point sometime in the future.

Are you happy to hear that Dean Unglert may have finally found love? Share your thoughts in the comments section below. Make sure you don’t miss new episodes of Bachelor in Paradise when it starts airing later this month on ABC.