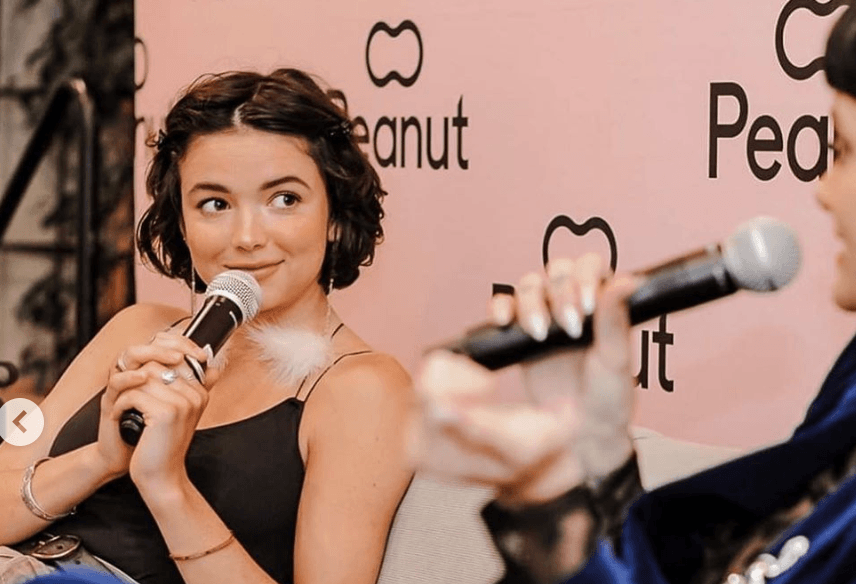 Bekah Martinez was a pretty strong contender on The Bachelor. She’s grown a lot since, and now she’s talking what she thinks of this season of The Bachelorette.

Bekah Martinez on The Bachelorette

Bekah Martinez was once a young girl lying about how old she was on The Bachelor. She was fighting for Arie Luyendyk Jr.’s love. She didn’t win, but she did go on to win her own life. The girl went on to get a boyfriend and get pregnant.

Now, she’s on a podcast and according to PureWow. On this podcast called “Chatty Broads”, Bekah is talking what she thinks of The Bachelorette, and more importantly, Luke P.

Not many people like Luke. In fact, Hannah might be the only one who actually likes him. She clearly doesn’t see his crazy side yet at this point in the season, or at least not enough to send him home.

This past weekend this chick and I had our first live podcast event for moms sponsored by @peanut and it was frickin amazing. I’m constantly in a state of awe and gratitude that this has become part of my career— chatting about things that matter (and things that don’t! 😂) with people I love. I’m so thankful for each and every one of you that has become a part of our Chatty Broads community. Speaking of community— @peanut is a free app we absolutely adore that’s all about growing your group of mama friends. The app has an algorithm that introduces you to women in your area based on things you have in common— interests, age/gender of your children, etc. You can chat, meet and ask questions to moms who get what you’re going through! It’s an amazing resource to grow your support system. Whether you’re a new mom, in a new city, or just want a new friend who gets it, give the #peanutapp a go 🙂

Bekah actually thinks they should’ve had had Luke P. be The Bachelorette. He gets more screen time than anyone after all.

“All we will say is, we had no idea when we started this season that Luke P. was actually the Bachelorette! We feel like this should have been made more clear to us by the network considering he has 95% of the screen time,” Bekah said.

This is so true. It’s hard to even see any of the other guys. Hannah is always having to have long talks with Luke. These generally take up the entire cocktail party and leaving everyone else wondering where their time on camera is.

What are Bekah’s other opinions?

The mom’s opinions on the season certainly don’t stop there. She also has one she thinks is the cutest and one that she wants to be the next Bachelor.

As for the cutest, Tyler C. takes the cake for Bekah. This is understandable, he is pretty cute after all.

Bekah hopes to see Mike as the next Bachelor. He was cute and did have a good personality so he might be good for the role. Although there are several thoughts going around as to who will be the next star of the show.

Do you agree with what Bekah thinks of The Bachelorette? Let us know in the comments. Be sure to watch new episodes of The Bachelor every Monday night. Every week Hannah gets closer to finding who is meant to be her husband. You don’t want to miss it.