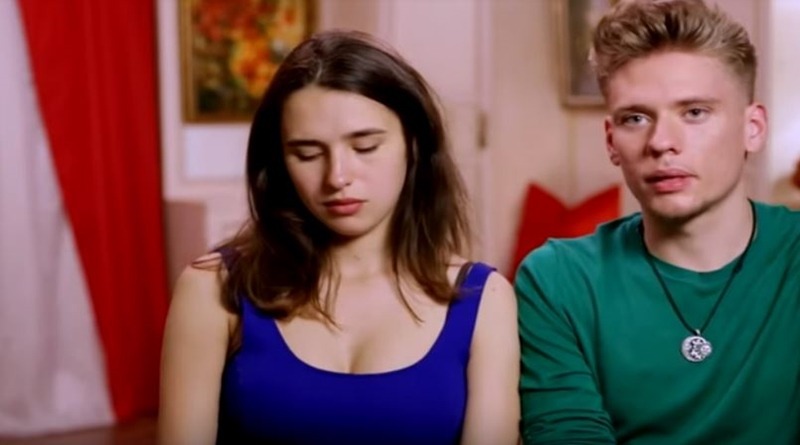 90 Day Fiance fans wondered what on earth happened to Olga and the baby after Steven Frend posted about her imminent return on May 9. Since then, despite many questions, nothing more came from Steven. However, TV Shows Ace reported he posted to his IG Stories that “I’m so sorry we’re unable to give an update. Patience is the key.” Now, it seems that Olga broke her silence and she’s actually safe in the USA.

90 Day Fiance rumors Olga and Steve Frend may be filming

In the same report about the update from Steven that really was no update, we noted that RealityDigger on Instagram made a valid point. They said, “When cast says they aren’t able to provide an update there’s usually a good reason.” We wrote, “Possibly it’s part of their contract and we may yet see them again on one of the spinoff shows?” We noted that “one user pointed out, “Yeah they definitely gonna surprise us on the show! I can’t wait to see them in the states!”‘

Well, now Olga finally broke her silence, maybe that speculation’s correct. That’s especially as Steve earlier asked fans what they’d like to see on her return. People suggested a short video and lots of flowers. However, nothing happened. Eventually, people grew concerned and we reported some 90 Day Fiance fans wondered if they split. That suggestion came on Instagram after Steven started his ganjapreneur410 account on Instagram.

John Yates, 90 Day Fiance social influencer took to his Instagram and posted a message from Olga. In it, she said, “I took a big break from Instagram of some reasons. But now, everything is fine.” She added a smiling emoji. Then she said, “Thank you guys for all your messages and that you still with me.” She followed that with little hearts and prayers. So, it seems all is well with her.

John Yates added to the message from Olga, noting that she’s “safe and sound (and here).” In her picture, she showed the baby looking out of the window of a tall apartment. Actually, it’s not really a big surprise as just this week, Steven posted up some video footage, joking about showing people his home. It was also a tall apartment or hotel and next to him you could see what looked like a woman as female shoes showed on the pavement.

Fans react to Olga safely in the USA

Fans of 90 Day Fiance responded to the post by John Yates about Olga. Here’s what some of them said about it:

What do you think about finally getting an update on Olga and Steven Frend? Do you think she maybe took a social media break because of filming? Sound off your thoughts in the comments below.

Remember to check back with TV Shows Ace often for more news about TLC’s 90 Day Fiance.