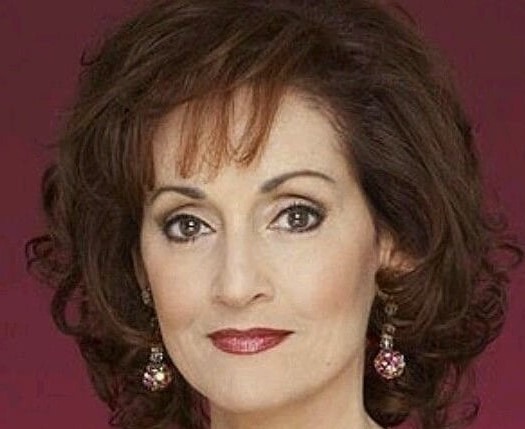 Days of Our Lives and soap fans rejoice! Robin Strasser will be back on our screens soon! Robin set the internet ablaze in February when DOOL star Victoria Koneful (Ciara Brady) posted a video on Instagram of Robin in the makeup chair. Speculation began immediately that Robin was taking over the role of Vivian Alamain from friend Louise Sorel.

Daytime Royalty back to Days of Our Lives

Robin Strasser is a name everyone in the soap community knows. She is daytime royalty, mostly due to her role as Dorian. However, she also had a tenure on the soap Another World as Rachel Cory. Victoria Wyndham later took on the role and is the Rachel most fans are familiar with.

While on OLTL Robin’s Dorian had an affair with Joey Buchanan, then played by a young Nathan Fillion. Nathan has gone on to prime-time success, but he’s never forgotten his daytime roots. He often makes surprise appearances at soap opera fan events.

Here is a Youtube clip of Robin and Nathan from their OLTL days:

Louise Sorel originated the villainous role in 1992. Vivian was introduced as the aunt of Lawrence Alamain (Michael Sabatino.) It was later revealed that Lawrence fathered a child with Carly Manning (Crystal Chappell.) Vivian despised Carly (AKA Princess Katerina.) Days of Our Lives gained television infamy when Vivian buried Carly alive to keep her from Lawrence. Crystal and Michael married shortly after meeting on the soap 22 years ago.

More recently, it was revealed that Vivian had a son with Stefano DiMera, Stefan (Brandon Barash.) Louise departed the role soon after this on-screen revelation. She has given her long-time friend a seal of approval for taking over as Vivian.

Robin has tweeted about DOOL several times since the story broke of her joining the show. However, these tweets have been vague. But now she has permission to reveal more details, such as when viewers can expect to see her on-screen. Days typically tapes six months in advance.

A fan tweeted asking when Robin will be in Salem. Much to his surprise, Robin responded to his tweet personally. She said she begins her guest stint at the beginning of September. Robin previously played Dorian Cramer on One Life to Live. Kassie DePaiva played Blair Cramer, Dorian’s niece on the now-canceled soap.

I've been given approval to reveal: BEGINNING OF SEPTEMBER-I will begin my guest stint on #DOOL Yes the character I play will meet brilliant @KassieDePaiva's EVE but the old gal is definitely not Eve's "Auntie"-more like her "ANTI"-haha-Any more coming from me would be DE TROP;-)

Robin addressed this in her tweet. She assured fans that her character will meet Kassie’s Eve Deveraux. Robin teased that the meeting won’t be as Eve’s “auntie,” but her “anti.” What she means by that is anyone’s guess. Fans still don’t know if she will be playing Vivian. Her tweet only confirms that she has joined the show Days of Our Lives for what sounds like a short-term role.

Tune in to Days of Our Lives weekdays on NBC to get up to date on the stories before Robin’s premiere.

‘When Calls The Heart’ News: All Eight Seasons To Be Available On This Streaming Service
Tammy Slaton Channels Sexy Princess Leia Vibes: ’I’m Out Of Control’
Why It May Be A While Until Hallmark’s Makes New ‘Mystery 101’ Movie
‘Joe Millionaire’ Contestant Sent Home After ‘Shooting Her Shot’ At Crew Member
Dominic Purcell Tells ‘Prison Break’ Fans To Move The ‘F*ck’ On