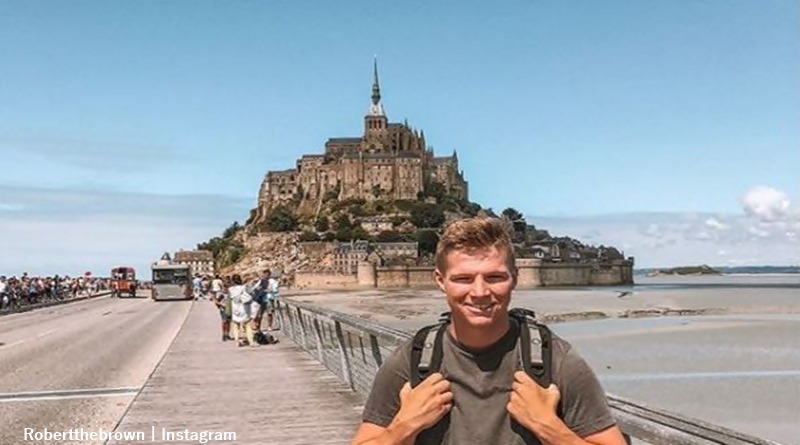 Sister Wives followers know that Robert Garrison Brown is the son of Janelle and Kody Brown. Christine, Kody’s third wife has six children, daughters Aspyn, Mykelti, Gwendlyn, Ysabel, Truely, and son Paedon. While the big family all consider the kids “theirs” it’s a bit unusual to see one of the wives get snippy with one of the other wive’s kids. However, that’s what Christine did with Robert. Of course, for a young guy to get hammered on his personal IG, that must be really embarrassing.

Garrison, who prefers his real name Robert, took to his Instagram on May 5 to post a photo of him and his girlfriend, Kylie Marshall. Popculture noted that “Not too much is known about Robert’s relationship with Marshall.” However, on her private Instagram account, Kylie is followed by Christine, Peadon, Aspyn and more. However, one has to wonder how long Christine followed her for, given her comment on Robert’s post.

Robert and Kylie went to Disney World. Sister Wives followers know that because Kylie wrote, “Didn’t know anything or anyone could make Disneyland even better but I guess you proved me wrong 😉.” That came after Robert wrote, “She’s a Grade A snack!” Aww, very sweet and fans commented on their obvious attractiveness as a couple.

Instead of just maybe privately complaining by direct message, Christine decided to out him in front of all his followers, making such a snippy comment. Really, if that was Janelle, Garrison’s mom, maybe it would be acceptable. However, he is not Christine’s biological son, and every young person hates being called out by any parents on social media.

Christine posted about the photo for all the Sister Wives followers to see, writing, “Can’t wait to meet her!! Awkward posting a photo of your GF without me meeting her!!” Meanwhile, Aspyn was just happy for them, writing, “Cute!! Have a blast!!” Plus even Christine’s daughter, Gwendlyn wrote something nice –  “I love and miss you!!!!!”

Followers of Robert Garrison hit back at Christine

Sometimes what’s in the family should stay in the family really, and as one follower noted in one word, “Ouch.” Others reacted and hit back at Christine because she’s not Garrison’s natural mom. After all, Janelle Brown never said anything horrid. Here’s what some Sister Wives fans said to her:

@Per**: “Congratulations Garrison, she’s beautiful ❤️ @ Christine about time you grow up !!!”

@Joc**: “Yeah It not your child it’s Jenelle Same father.”

@krp**: “technically he has 4… but Janelle is his “one mom” if you are keeping tabs, and we don’t know if she has or hasn’t met her yet.”

What do you think about Christine Brown getting snippy with Garrison on his Instagram? Would you cringe if your mom did that? How would you feel if “technically” that person was not your biological mom? Do you feel bad for Robert and his girlfriend? Sound of your thoughts in the comments below.