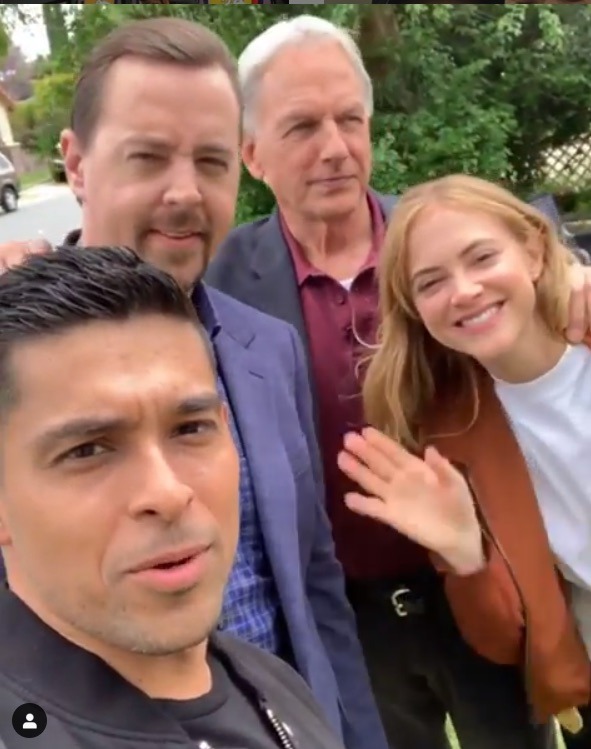 NCIS Season 16 ended with such a bombshell that fans are already making some NCIS Season 17 predictions. What could we expect in the next season of NCIS?

Ziva (Cote de Pablo) showed up at the end of NCIS Season 16 to warn Gibbs (Mark Harmon) that he was in danger. She would not risk exposing herself to her enemies and take a risk on the safety of her family if this was not important. Who could help her? Obviously it would be Bishop (Emily Wickersham). She knows Ziva is alive.

This relationship was foreshadowed in the episode entitled “She,” where Bishop learned the unbelievable truth that Ziva was alive. Bishop shared that she came in as Ziva’s replacement, but wished she could learn from Ziva. The NCIS writers would not include Bishop’s desire to learn from the legendary Ziva David unless they planned on making it happen.

NCIS fans have been dreaming of the sweet reunion between Ziva David and Tony DiNozzo. As TV Shows Ace previously reported, Michael Weatherly believed that the character of Ziva David was not dead and he would be happy to reprise his role as Anthony DiNozzo. Could this mean a family reunion with Ziva, Tony and their daughter Tali? That could be the final goodbye, which would be bittersweet for fans.

Odds are, there are a lot of bad guys to get rid of first, and most likely the entire NCIS team will eventually be needed to get that job done. This storyline could last quite a long time. It all depends on how involved Cote de Pablo wants to be in the show, and if the folks at Bull are willing to allow Weatherly to take some time away. The powers that be at Bull are also from CBS and most likely expected Weatherly to go on hiatus to resolve the Ziva story.

As for Cote de Pablo, she’s been off the show a long time now. According to TVLine, she will be around for the first episode of Season 17. Could she possibly be in more episodes? Well, she would not have returned if she didn’t plan on seeing this storyline through.

First things first: Tony has to find out that Ziva is indeed alive. How he finds out could be one of the most emotional episodes ever. The NCIS writers have a lot to do and a lot of great material to work with.

The slow, steamy romance between Bishop and Torres (Wilmer Valderrama) has been years in the making. In Season 16 finale episode entitled, “Daughters,” Kasie (Diona Reasonover) hints to Torres about his feelings towards Bishop. Everyone knows! So, when are they going to finally get them together?

Something could hold them back–Bishop’s knowledge about Ziva. That sort of secret could make Torres believe that Bishop doesn’t trust him. Then again, their individual personal secrets may make the two of them prefect for each other.

Timothy McGee (Sean Murray) is now in a position where his boss is a target and he has become the voice of experienced reason. McGee had a chance to go work at a tech company, and he chose to stay at NCIS. This mirrors Murray’s choice to stay on the show, despite rumors that he was leaving. This season could see Timothy McGee really come into his own and making the shots.

Gibbs is in some serious trouble. Years ago, he killed the man who killed his wife and daughter. Now, someone in a higher position knows and wants him dead.

Based on the repeated discussion of Rule 10, “Never get personally involved in a case,” his team is going to need to get more personal with him. This is not easy for Gibbs. The NCIS Season 17 prediction is that Gibbs will let others get close to him. Will this also mean that Gibbs will finally romance Jack (Maria Bello)? Maybe!

What NCIS Season 17 predictions do you want to make? What are the most urgent storylines that you want to see resolved? Share you comments below. Check back with TV Shows Ace for all of the latest in NCIS news. NCIS Season 17 should start sometime in September, on CBS.