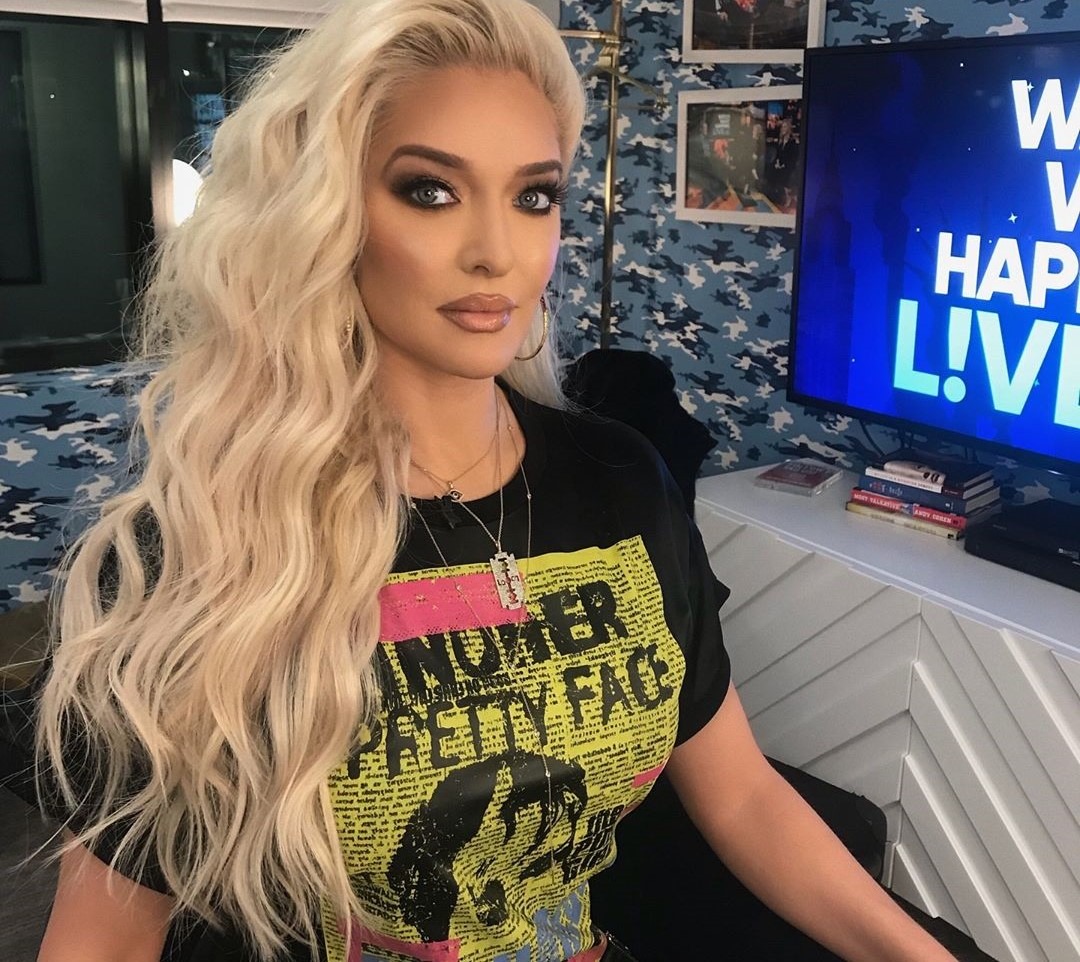 Erika Jayne is perhaps the most outspoken housewife on Real Housewives of Beverly Hills. Unless the topic is the lawsuit her husband, Tom Girardi, is currently embroiled in. The lawsuit stems from his failure to pay back a $15 million loan. Tom put the home he shares with Erika as collateral for the loan. He recently filed court documents accusing the lender of placing a lien against the home, in violation of a deal made regarding their assets.

This is an ongoing issue, but not one word has been mentioned about it on Season 9 of Real Housewives of Beverly Hills. Instead, the show has been revolving around the fallout between Lisa Vanderpump and the rest of the cast following Puppygate.

Erika Jayne opens up about the lawsuit

Erika Jayne recently opened up to Entertainment Tonight about why the lawsuit hasn’t been featured. She says, “You can’t show legal issues on TV. You can show trials. We’re not in trial!” Because of this fans should give Erika Jayne a break, but they aren’t. They want details.

That didn’t stop the ladies from discussing a lawsuit against Lisa’s husband, Ken Todd, during Season 8. This kind of double standard wasn’t lost on viewers OR Lisa. Back in April, Lisa responded to a tweet musing why Puppygate was the main focus instead of the financial issues of the other cast members. Lisa retweeted and responded with a curt, “Exactly.” In other words, she would probably love the focus to be on something else.

What lawsuits are the other Real Housewives of Beverly Hills cast members tangled up in? Dorit and her husband, PK, are being sued by her former partner in her Beverly Beach swimsuit line. He alleges that he loaned Dorit and PK $205,000 that was never repaid. Because of the rules of reality television, these aren’t talked about on the show, though.

Dorit was confronted on camera during the cast’s trip to the Bahamas. Interestingly, none of that footage made the cut for Season 9. Instead, viewers get a rehash of Puppygate every episode. There were rumors in late 2018 that Lisa refused to film with the rest of the cast. Those rumors proved true on the May 7 episode that didn’t feature Lisa in any scenes at all.

The lawsuit between PK, Dorit and the former partner is currently in mediation after Dorit counter-sued.

Meanwhile, Kyle’s husband, Mauricio Umansky is being sued regarding the purchase of a Malibu mansion. It’s alleged that Mauricio and his real estate company manipulated the purchase of a home for a low price tag only to resell it for millions of dollars. Neither Kyle or her husband have discussed the lawsuit publicly.

Erika Jayne also revealed to Entertainment Tonight that she’s still on the fence about returning for Season 10. However, she opens up about pitching the idea of a spin-off featuring her “Pretty Mess Krewe,” AKA her “glam squad. Erika said, “[This team] is an untapped gem. It really is. Note, whoever’s watching … I would put that out in the universe, ‘cause it’s a life that I think a viewer would really find interesting and all the working dynamics into it.”

Watch Real Housewives of Beverly Hills with Erika Jayne Tuesdays on Bravo at 9 p.m. Because the way this season has been, you know more drama is coming.