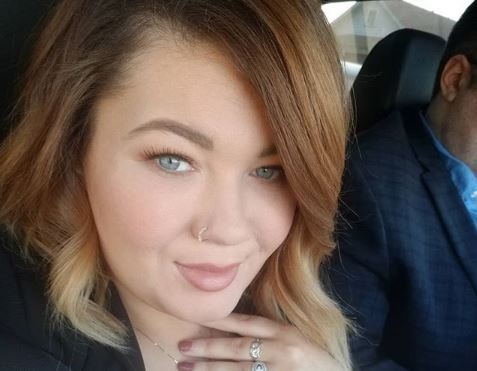 Teen Mom stars Amber Portwood and Jenelle Evans have had their differences. Now, Amber is speaking out and telling Jenelle what she thinks about David Eason’s recent incident with their dog Nugget. The fans were shocked when it was revealed that David killed their dog after snapping at their daughter. Animal control is even involved and looking into the case now.

What happened with Nugget?

David Eason actually killed Jenelle Evans dog Nugget. She shared at the time saying, “David killed my dog Nugget because he snapped at my 2-year-old, Ensley. He doesn’t put up with that and those are his beliefs. He just took her and shot her in the woods … about two acres away from the house.”

What did Teen Mom star Amber Portwood have to say?

Amber actually went to her Twitter page and showed Jenelle that she is supportive of her. It is great to see Amber doing this even though they have their issues. The fact that David killed Jenelle’s dog hasn’t been easy for anyone to hear. Check out what Amber said below.

Omg I can't even read anymore details about this horrible incident that happened to Janelles poor dog! ugh😰 heartbroken seriously…I hope she makes the right decision🙏

It sounds like Amber Portwood is supporting her fellow Teen Mom star. She also made it pretty clear that she thinks that leaving David is the right decision. So far, Jenelle hasn’t shared if she will be staying with him or not.

Jenelle Evans went to her Twitter and shared an article showing that she is considering divorcing David. Us Weekly shared the article that was an exclusive on Jenelle’s thoughts after the incident. At the time of the article, she said that the two were not speaking to each other. She did admit that she was thinking about a divorce, but nothing was set in stone just yet.

Right now, Jenelle Evans of Teen Mom has a big decision to make. She has stuck up for David a lot over the years. If she finally decides to leave him, that will shock a lot of fans. So far, Jenelle has seemed like she would stick by her man no matter what. It may take her a bit of alone time to figure out what she wants to do this time.

Are you shocked to hear what Amber had to say to Jenelle? Share your thoughts below and don’t miss Teen Mom when it returns with new episodes to MTV. This incident could be enough for MTV to cut ties with Jenelle Evans.