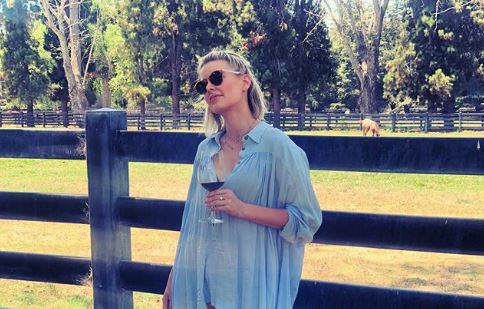 Ariana Madix from Vanderpump Rules is speaking out and admitting that she knows she will always be one of Lisa Vanderpump’s minions. Everyone recently saw her talk to Lisa Vanderpump about the way she treats the two Toms. Things didn’t go as she had hoped at all. Because of this, Ariana is admitting she knows it was a waste to talk to her.

Ariana Madix is opening up about how this conversation went. The reality star didn’t like that Lisa seemed annoyed Tom Schwartz and Tom Sandoval went on a vacation. This was after Lisa suggested that they should do it. Here is what Ariana had to say about it.

“Literally as the words were coming out of my mouth, I realized that it was a completely pointless endeavor. She’ll never take what I’m saying seriously; I’ll always be her minion. What is the point? All I’m going to do is make her mad. She’ll get vindictive; she’ll try to get back at me for having this opinion and these concerns, so, you know what, screw it. I’ll just go back to my f–king corner and stay out of it and live my life.”

Lisa is her boss, but Ariana did seem to think she would listen to her better. If not, she would have never have tried to talk to her about it all. Because Ariana made the effort, at least Tom can appreciate that she tried.

So much fun, I had to free my arms! #pumprules FINALE and a gorgeous engagement party for @brittany and @mrjaxtaylor tonight on @bravotv! Bonus points for how hot @tomsandoval1 is 🤤 k ill stop now

Lisa Vanderpump gives the staff at SUR a hard time often. As Kristen Doute explained, you don’t want to be treated the way that Lisa treats her. When it comes to James Kennedy, she gave him several chances. Eventually, Lisa fired him and decided it was time to move on from having James as her employee. This may not last, though. Lisa may be rough, but she also gives a lot of second and third chances.

Regardless of all of this, the cast seems to get along pretty well with Lisa. They do have their moments but they all seem to look up to Lisa and value how she feels about them.

Are you surprised by what Ariana Madix had to say? Share your thoughts in the comments section below. Don’t miss the big Vanderpump Rules reunion on Mondays on Bravo.