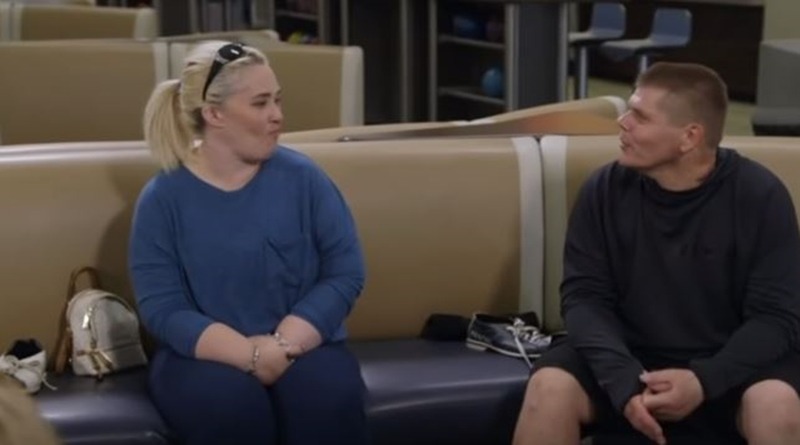 Mama June: from Not to Hot showed the family on a road trip on WE TV. They went line dancing in Tennessee and Geno Doak, her boyfriend dumped June. June’s health deteriorates and Geno does not encourage her efforts to deal with things. In fact, he belittles her in front of the kids. He ended up leaving her at a Chattanooga bar and is generally being offensive and obnoxious. Fans of the show begin to suspect it’s a lot more scripted than it was in the past. Well, for June’s sake they hope so. Geno’s becoming hard to watch and fans lose patience with him. On Twitter, they bombarded June with advice on him.

Mama June: from Not to Hot loses a lot of its ‘hotness’ with Geno Doak in it

Geno Doak seems to inject a lot of ugliness into the family of Mama June. Back when it was about ‘Honey Boo Boo’ on TV, there was a clean and attractive edge to the story. With the early series showing June smarting up and losing weight, she portrayed triumph and determination to get her life together. Now, with Sugar Bear moving on and out of June’s life, Geno’s in and it looks like he’s here to stay until he’s good and ready to go.

Fans grew concerned for Alana ‘Honey Boo Boo,’ when they saw Geno Doak arrested. Plus, this happened more than once. Now, June’s caught up in it and got arrested in possession of drugs and paraphernalia. Doak allegedly threatened to kill her during a domestic violence issue that got called into the cops in Alabama. Now, as each episode passes, fans grow more disgusted with Geno.

That's all for this week! WE'll see you next Friday at 9/8c for more #MamaJune #FromNotToHot. pic.twitter.com/PmftZgxDN6

Fans well-meaning, disgusted, or indifferent to the Not to Hot show (usually) took to Twitter to speak out about Geno, and offer advice and opinions. Here’s what they said following Friday night’s episode:

What do you think about Mama June and her relationship with Geno Doak? Have you lost patience with him and feel June needs more advice? Let us know your thoughts in the comments below.

Remember to check back with TV Shows Ace often for more news about Mama June: From Not to Hot.