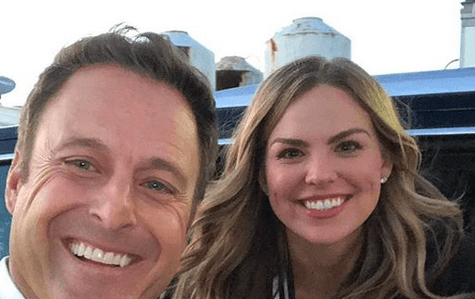 It’s almost time for the new season of The Bachelorette to air. This season is all about Hannah Brown. Fans are getting excited as more news breaks about the upcoming season.

Then, he appears to have a shocked look on his face. It’s not likely that Hannah was making that up though so he’s probably just surprised that she found out. It’s unclear what happens after she calls him out. He could stick around, but that doesn’t make sense if he’s already in a relationship.

When Scott A. was introduced, there was no information given about his relationship status. All we know is that he’s from Chicago and that he’s 28 years old. The fact that he has a girlfriend is big news and will have a significant impact on his role on the show. The suspense is definitely building after this moment alone.

What else can we expect from The Bachelorette?

It’s sure to be an exciting season once again. Hannah promises a lot of drama in the upcoming season. She told PEOPLE, “You know that Bachelorette drama you can’t wait for? Well, Monday, May 13 it all starts happening night one. And this season, the drama never lets up.”

Some of the drama includes crying and fighting, which we can see from the teaser. In addition, there is an ambulance involved. Those quick scenes don’t give us the full picture, but we can see why Hannah mentioned that it would be so dramatic.

In the sneak peek, Hannah also says, “I want somebody to fight for me. That’s what I deserve.” Perhaps she doesn’t feel like anyone is fighting for her up to that point. Maybe something serious happened on the show.

She commented on how emotional this show is for her and says, “I feel all the emotions. But honestly, I’m just really grateful for this opportunity.” She seems happy to be a part of The Bachelorette, but it definitely has to be a stressful experience for her. At one point in the teaser, she says that it’s “scary”.

What do you think of Hannah having to confront the contestant? Are you looking forward to the upcoming season? Let us know in the comments below!

Catch the premiere of The Bachelorette on Monday, May 13 on ABC. Don’t miss updates from TV Shows Ace!