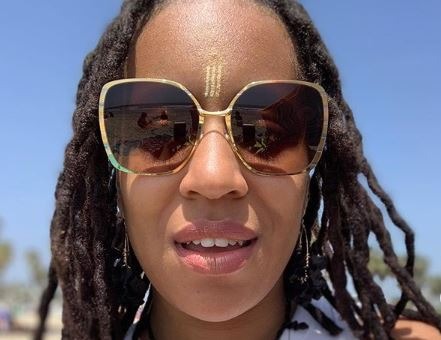 Seeking Sister Wife star Ashley Snowden has made the decision to write a cookbook. This is not your normal type of cookbook, though. The reality star went to her Facebook page and shared that she is going to be releasing this cookbook soon.

Do you remember the diet that Ashley had Vanessa do before she could sleep with Dimitri? This diet was focused on making their PH was the same. It is a detox meal plan that lasts for 21 days. Ashley will be making a cookbook that is full of these kinds of recipes.

Ashley shared a picture that was full of food. It looks like you get to eat a lot when you are on this diet, but it is only certain foods. You can see below what she was enjoying for dinner. Her website has a few things about this diet on it as well according to Ashley Snowden.

Posted by Ashley Snowden on Wednesday, May 1, 2019

This doesn’t look like a bad meal, but you will notice it doesn’t have any meat. Vanessa did have an issue with the fact that they didn’t want her eating steak. She even ordered one on her first date out with Dimitri.

It turns out that things didn’t work out between Ashley, Dimitri and Vanessa. It doesn’t seem to be because of their diet, though. Vanessa went through with the diet and even stayed with them a while after that was over. She also got a very sensitive area steamed because it was something that Ashley wanted to do. Vanessa shared that she still loved Ashley, Dimitri and the children, but things just didn’t work out for them. It doesn’t sound like there is a chance they will work it out either.

It took Dimitri and Ashley a long time to find Vanessa. Fans of Seeking Sister Wife saw that she wasn’t the first woman that they tried to have join their family. It sounds like they will keep looking, but hopefully, the next woman they find is more into their lifestyle and diet.

Are you surprised to hear that Seeking Sister Wife star Ashley Snowden is writing this cookbook? Share your thoughts in the comments section below. So far, TLC hasn’t revealed when the show will be back and what couples will return for the next season of the show.