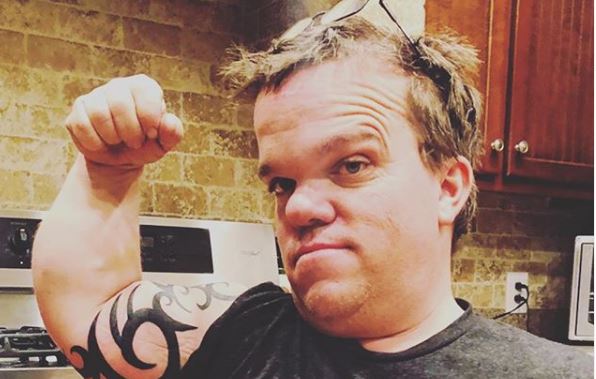 Trent and Amber Johnston of 7 Little Johnstons have stood strong in love and family through many tumultuous life struggles.  The resilient couple constantly reinforces their love for each of their children and devotion to one another, but raising five teenagers does take a toll.  In the April 30 Episode 5 of Season 6, Valentines or Broken Hearts, Amber feels completely shut out and unheard. She is trying to express her approach with daughter, Anna, on the brink of driving for the first time.

Simultaneously, Trent finally does confront the truth that his approach of letting things “wash away.” Not working through conflict is causing physiological symptoms from severe headaches to heart problems.   The doting dad confesses that he has an entirely different relationship with his eldest son, Jonah than Amber does.

In the midst of this realization, Alex and Emma are excited about the Valentines dance and do a little extra in preparation and pampering.  They even took a dance class to prepare. Does love win by the end of the night?

Trent is the do-it-all dad when it comes to customizing things for the height-challenged family, and he makes a special set of 12-inch foot pedals for the vehicle Anna will drive.

The weather is freezing, and Anna is visibly shivering, but she refuses to heed her mother’s guidance to get a jacket, saying “it’ll ruin my outfit.”  The daughter knows just how to push her mom’s emotional buttons, and like many teens, she takes much too much pleasure in pushing Amber to her limit.

Anna is equally opposed to changing into tennis shoes. This is a mandatory Johnston family safety requirement for beginning driving.  Faithful viewers will recall the same rules for Elizabeth and Jonah.  When Amber tells her to change from her boots, she contends “I’ve driven with all my shoes,” and doesn’t need the shoe precaution.  Amber finally walks away, emotional and relenting, saying “you can freeze.”

Trent only has to say “Get a coat and change your shoes” once and Anna complies, also making sure to tell her mom that, “dad told me.”  The dynamic between mothers and daughters is as mysterious as it is strong but still is powerful.  These trying years will give way to a deeper relationship in the future. Trent obviously isn’t as worried about the shoes as Amber.

Anna has a successful first drive, and Jonah proclaims that her vehicle should be called “Finally” because she can drive herself, and he can give up his chauffeur duties.

One of the saddest scenes of this 7 Little Johnstons installment comes at the end of an early scene when Trent tells Amber that he has made an appointment with Atlanta psychotherapist, Dr. Galen Cole.  That move is commendable.  It signifies that Trent realizes his own and his wife’s need to come together in parenting Jonah and Anna. Most of all he sees she needs to be heard and validated.

Trent tells Amber that he is not sure that she will be part of the first session. She is upset saying “I was kind of shut down,” and tears come to her eyes.  It was heartbreaking to see this couple so famous for their down-home but downright romantic connection separated by walls of their own home.  Amber sat at the bottom of the staircase, while Trent remained in the living room.

Alex and Emma provided a joyful diversion.  The siblings showed off their dance moves and shed their shyness at a dance class. These two looked absolutely fabulous thanks to their mom’s styling for the Valentine dance.  Alex was daunted by the crowded dance floor, so he and Emma enjoyed the chat and phone sharing with friends more than busting a move.

Alex also didn’t find any need for the “Call me cards” that his dad created for potential future dates.  Emma admitted that she would accept one, but only from a crush.

Trent and Amber get support

Trent’s sister, Heidi, gave Amber much-needed support and still gave understanding to her brother during their visit at a game spot with the kids.  It’s a great example to see this family stand for each other without taking any sides.

Dr. Galen Cole didn’t take any sides, either.  The Atlanta mental health specialist is renowned for his family therapy and “life-script restructuring” strategies, per his website.  It didn’t take any time before he brought Trent and Amber to the root of their parenting issues.  He also took them back to the beginnings of their romance, and the respect and chivalry that Amber appreciated in Trent, even after being declined for his first kiss.

Dr. Cole also is a father of five, though his brood is all grown up now.  By the end of the evening, Trent and Amber were back to the love that brought them together. They are “ready to do the work” as Amber affirmed, of becoming better parents and an even more devoted couple.  Trent said he knew “after 5 minutes on that couch” that they had made the right choice. The 7 Little Johnstons still have far more together than they ever could apart.

Don’t miss new episodes of 7 Little Johnstons when they air on Tuesdays on TLC.