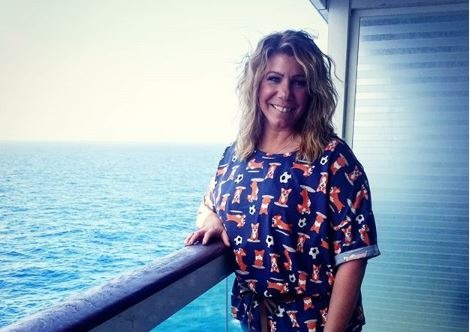 Sister Wives star Meri Brown has admitted to being unhappy in her marriage in the past. She was even catfished by someone she thought was a male she was talking to online. Now,  it is being revealed that Meri is still connected to a man she met on a recent cruise. Radar Online shared the details and what they discovered.

Who is this man from the cruise?

Meri Brown went on a cruise that was for her business LuLaRoe. While on this cruise, she shared a picture with two men. It said, “When you win your amazing race challenge in St Maarten and end up with a bottle of rum but don’t drink and don’t want to carry it on the flight home, you hand it off to a couple of guys you run into while leaving the hotel. Hope you guys enjoyed it!”

The man replied to the photo and there was even a bit of talk about Meri wanting to go back to Puerto Rico. Meri Brown has also liked his Instagram post recently. It does look like they are still in touch, but it could be nothing. It really does make fans wonder, though.

How are Kody and Meri Brown doing now?

Meri and Kody Brown have had a really hard time in their marriage recently. It was rough on him when Meri was catfished. For a while, it looked like their marriage wouldn’t even make it. Now, they are together and she even moved with the family to Flagstaff, Arizona. Only time will tell if these two can work it out or not. She was the first wife and it looks like she plans to try and fix her marriage. For now, fans are going to have to wait on them to give an update.

Do you feel like Meri and Kody Brown have a good marriage? Should he be worried? Share your thoughts in the comments. So far, TLC hasn’t shared if Sister Wives is coming back for another season and if so when it will return.