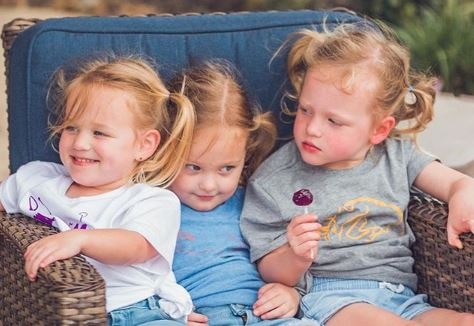 Fans have been waiting for more of the Busby family from Outdaughtered. It turns out that they are returning for Season 4 this summer. The news was revealed today by People. It was also confirmed that the show Sweet Home Sextuplets will be back this summer.

When does the show return?

In a new preview, Adam shared a few details. He said, “Lately, the girls have been testing boundaries to see what they can get away with.” This is hard when you have one child, but imagine doing it with five little girls at the same time. The girls are really growing up, which of course means they are showing off their own personalities even more.

What is the Busby family up to now?

The Busby family has been through a lot of changes since the show last aired. It really sounds like they got rid of their Rush Cycle business. They haven’t admitted that yet, but the fans would love to hear it from them. They have also moved into a new home but didn’t share details just yet. Something big happened that made them have to move out of their home right away.

Adam does get a job offer in Dallas, but they haven’t revealed if they go there or not. If so, that would explain the big move and possibly getting rid of their business. The Busby family already shared that changes are happening, but they can’t reveal them all because of their contract. In just a couple of months, they will be back on television and sharing their story.

Are you excited to hear that Outdaughtered is returning for another season? Share your thoughts in the comments below. Don’t miss Outdaughtered on TLC this summer.