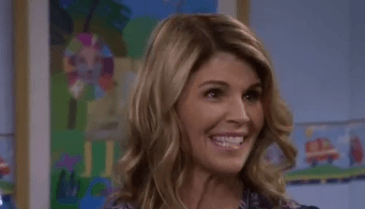 Fans of Lori Loughlin and When Calls the Heart know all about the recent college admissions scandal. Loughlin and her husband, Mossimo Giannulli, paid $1 million as a bribe to get their daughters into the University of Southern California. They were also involved in conspiring to commit fraud and money laundering.

The legal implications of this are still being worked through. Most recently, it looked like Loughlin would be going to jail, which she was not expecting. She didn’t think the scandal was that serious. This surprise caused the star to panic about the possible jail time.

Another consequence of her crimes is that Loughlin was kicked off of Hallmark’s When Calls the Heart. On the show, she played the role of Abigail Stanton. At this point, it’s unknown who is going to replace Loughlin. There is some speculation, but nothing has been officially announced yet.

Whose @wcth_tv style is most like your own?! #Hearties #WhenCallsTheHeart (Also, make sure you’re following @barbaragregusova for behind-the-scenes costume scoop!)

Another one of Loughlin’s famous roles is Aunt Becky on Full House and Fuller House. Everyone loves Aunt Becky and knows she’s a pretty important character.

Because of the college admissions scandal, fans are wondering whether she will be returning to Fuller House on Netflix. According to a source, both Fuller House and Netflix would have a hard time saying goodbye to Loughlin. She’s loved by fans, but she is also “beloved” by the cast, crew, and everyone behind the scenes at Netflix.

In addition, the source said, “Publicly, the producers have said nothing about Lori and her situation over the bribery scandal. They didn’t say she would never return to the show.” This is a good point and makes us wonder what’s next for Loughlin.

It’s possible that she will remain a part of the Fuller House cast even though she’s been removed from When Calls the Heart. It truly depends on how the crew and producers want to go about it. In this case, it’s up to Netflix and those behind Fuller House to decide.

If she does return to Fuller House, it won’t be for a little while. The crew wants to wait until everything calms down. A source shared, “Filming would not happen until later this summer, and producers hope all the controversy surrounding Loughlin will have died down by the time the episodes air later this year and they will have a ratings bonanza with Aunt Becky back on the show.”

Do you think that Lori Loughlin will be rejoining the cast of Fuller House? Do you hope this happens? Let us know what you think in the comments below! Be sure to catch the final season of Fuller House when it airs later this year.