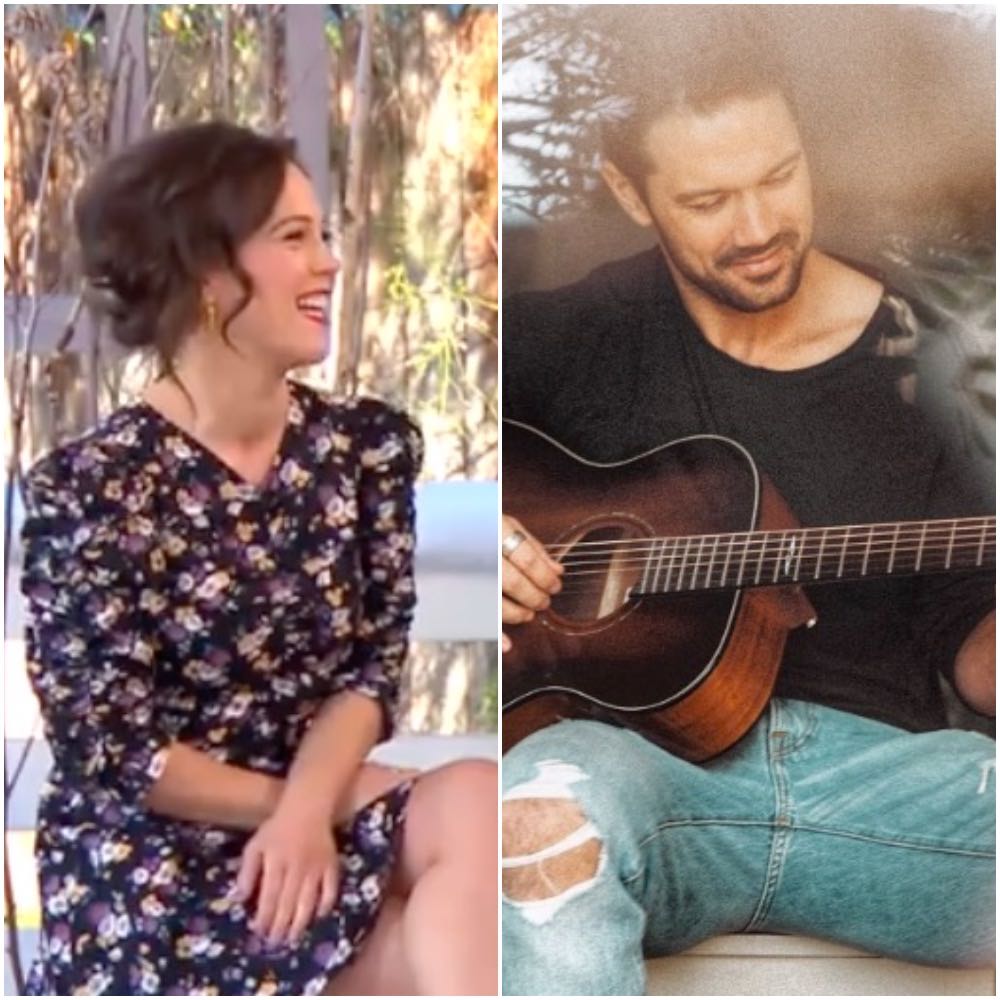 WCTH star Erin Krakow, and Unleashing Mr. Darcy’s Ryan Paevey are now filming a new Hallmark movie near Vancouver. The movie is called Dude Ranch, and there are horses, cowboy hats and romance. What do we know about this new movie?

When Will Fans See Dude Ranch?

Hallmark will offer fans some summertime romance with their Summer Nights series. According to Soaps, Dude Ranch is scheduled to premiere on Saturday, August 24, so pencil in that date. The story, written by Robert Tate Miller, is about city slicker Richard, (Ryan Paevey), a property developer who has his eye on a Montana ranch. Of course, it is owned by cowgirl Samantha, (Erin Krakow) and the two opposites fall in love. The other cast member is Annie, who is portrayed by newcomer Ava Grace Cooper. Could she be the catalyst that brings these unlikely lovebirds together?

Both Ryan and Erin have posted photos on social media from the shoot. Clearly, they have embraced the natural beauty, and the groovy cowboy gear! The movie, directed by Unleashing Mr. Darcy’s David Winning, looks incredible and promises to be a perfect way to spend a warm summer night.

I think the hat’s growing on me. Figuratively speaking. #hallmarkchannel #duderanch #onset #stillworkingoncantering

When Calls The Heart

Erin Krakow fans have to be thrilled that she was able to squeeze in filming Dude Ranch before returning to her main gig. Although When Calls The Heart Season 6 has not yet returned after some creative retooling, post Lori Loughlin college admissions scandal, the beloved Hallmark series has been renewed for Season 7. It could be presumed that the familiar faces of Hope Valley will soon be working on the next season, if not another Christmas special.

WCTH Season 6 will return with new episodes on May 5, and then May 6, before returning to the regular Sunday night slot. Fans want to know if Elizabeth Thatcher Thornton finds love again. Could it happen in one of the upcoming episodes?

The Next Darcy Movie

When is the next Darcy movie? Right now, Hallmark has not announced anything about a future episode. Although TV Shows Ace has previously reported on the probability that the Darcy movies could expand and become regular occurrences, nothing has been revealed. Fans and Ryan Paevey alike would like to see the amazing honeymoon that Darcy planned for Elizabeth. Maybe there will be a Darcy baby? Fans clearly want more!

Ryan Paevey fans should be thrilled to know that his movie BFF Bride has been renamed to From Friend to Fiancé. It will now air on Hallmark on May 27. Fans can also watch Ryan on the new BET drama, Games People Play. He tweeted that he was only supposed to have a small role in Season 1. Instead, he is on the show more frequently and could be in Season 2.

Yep, I’m in a bunch in season one…i think it was only supposed to be a short stretch, but turned into more frequent appearances…maybe even season 2. : ). 🤷🏽‍♂️

Here is the clip of @RyanPaevey on #GamesPeoplePlay on #BET from last night if u missed it! He did a great job!! Definitely see Ryan being in more episode.. The 1st episode was really good!! Will definitely watch it.. Ryan hope your knee is ok! 🤕❤️🏃🏻‍♂️ #GamesPeoplePlay pic.twitter.com/HmiPgjnxvd