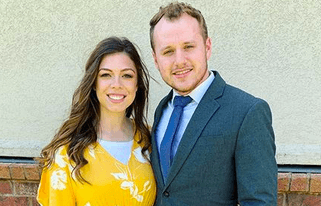 About six months ago, Counting On stars Josiah and Lauren Duggar suffered a miscarriage. They actually announced the miscarriage before sharing that they were expecting a baby. They got married in June 2018 after courting for about five months.

Happy Valentine’s Day baby! I wish I was better at expressing how much you mean to me. I don’t deserve you, you are the world to me. I cannot imagine life without you. I feel so honored to be your husband. Thank you for choosing me! I love you! 😘💕 -Si

The two shared the news of their miscarriage via a video update on the Duggar family’s website. Fans responded with encouraging words and said they would be praying for the couple during this hard time. It happened very early into their marriage which had to be extra difficult for them. On the bright side, it brought them closer to each other.

Later, Josiah and Lauren posted about the miscarriage and explained why they shared about it. They wanted to let others know that they aren’t alone. They hoped to raise awareness of miscarriage and how it affects people. In response to this, lots of fans have shared their own stories and have supported the couple as well.

Since the miscarriage six months ago, there have been plenty of pregnancy rumors for this newly married couple. Fans also regularly ask whether they are expecting again. There are far too many of these rumors and questions for the couple to respond to all of them.

Recently, Josiah and Lauren posted a picture of the cupcakes they made and shared a recipe in the caption. Many of the comments on this post were about the cupcakes and fans wanting to try the recipe.

Chocolate peanut butter cupcakes ~Dairy and gluten free~🧁 These are too good not to share! They may be GF and DF, but that doesn’t mean they are taste free! The Cake~ I went simple with the cake. I just did a GF box cake, but substituted the water for coffee and added vanilla extract. The coffee and vanilla really brings out the chocolate flavor! Frosting~ Dairy free frosting can be very hard, but this recipe is very easy and is very creamy and delicious! Ingredients: 3/4 C. peanut butter 1/2 C. olive oil 1/2 tsp. vanilla 2 C. powdered sugar Pinch of salt 1/4 C. almond milk Mix oil and peanut butter until well combined with stand mixer on medium. Add in vanilla and powdered sugar and beat on medium until it’s well combined. Next, add almond milk and beat until light and fluffy! Decorate cupcakes and enjoy the chocolate/peanut-buttery goodness!

One fan left a comment that said, “So, I hear you guys are expecting a ‘rainbow baby’. Congrats… @siduggar @duggarfam” The couple has a joint Instagram account so it’s unclear who responds to comments. Either Josiah or Lauren responded quickly, saying, “Someone just made that up.” Rainbow baby is a term used to describe a baby born after the parents suffer a miscarriage. This is what the fan was referring to in their comment.

Because the Duggars are all pretty open with their fans, we have no doubts that Josiah and Lauren will share an update once they have one. If they are expecting a rainbow baby in the future, there will be an official announcement about it. As for right now, any rumors of pregnancy are only rumors that people made up, as Josiah or Lauren mentioned on Instagram.

We hope that Josiah and Lauren Duggar will have a child in the future if that is what they want. They were trying to conceive when Lauren got pregnant the first time so it is likely they will try to have a baby in the future. They are likely just enjoying their married life and working through the grieving process right now.