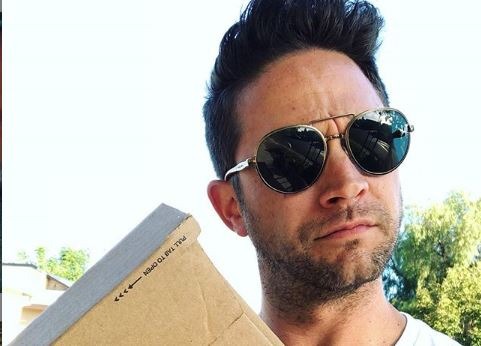 April might be winding down, but things in Salem, USA, are just heating up, especially for two couples. This week on Days of Our Lives, Ben (Robert Scott Wilson) and Ciara (Victoria Konefal)  make love for the first time after he rescues her (again) from being kidnapped (again.)

Stefan (Brandon Barash) and Gabi (Camila Banus) share another kiss. Stefan struggles with his attraction to Gabi as he goes on a date with Chloe (Nadia Bjorlin.) Will Stefan come clean to Chloe about his indiscretion? Will Chloe put two-and-two together after finding something that belongs to Gabi?

Hope (Kristian Alfonso) is upset to find out that Lani (Sal Stowers) spent the night at Rafe’s (Galen Gering.) Lani was only there to help with the baby, but it drives Rafe and Hope further apart. Does this send Hope running into Ted’s (Gilles Marini) waiting arms? Ted had some sketchy conversations on the phone last week. Is he in cahoots with the cartel that kidnapped Gabi and Ciara?

What’s Jack Up To?

Spoilers say Jack (Matthew Ashford) is very interested in Abe’s (James Reynold) relationship with Sheila (Tionne “T-Boz” Watkins.) He makes a shocking announcement in the middle of the week. Is this related to the news that Vanessa A. Williams is returning as Valerie next month? What can be more shocking than a surprise wedding? Tune in to find out what Jack is up to in his quest to become Mayor of a town he doesn’t even remember.

Now, if you’re a dedicated soap fan, you’ve been anxiously awaiting Arianne Zucker’s return to her role as Nicole Walker on Days of Our Lives. Your wait is over because on Thursday, April 25th, a knock on the door interrupts a moment between Eric (Greg Vaughn) and Sarah (Linsey Godfrey.) Where does this turn of events leave Eric and Sarah?

As viewers know, Nicole “died” in a fire last year.  Where has she been and how will Chloe react to Holly’s mother being alive? Chloe has been taking care of Nicole’s daughter Holly. Not very well, though, as tragedy strikes at the end of the week. Holly is kidnapped! Who is behind the kidnapping? What ends will Nicole go to get her daughter back?