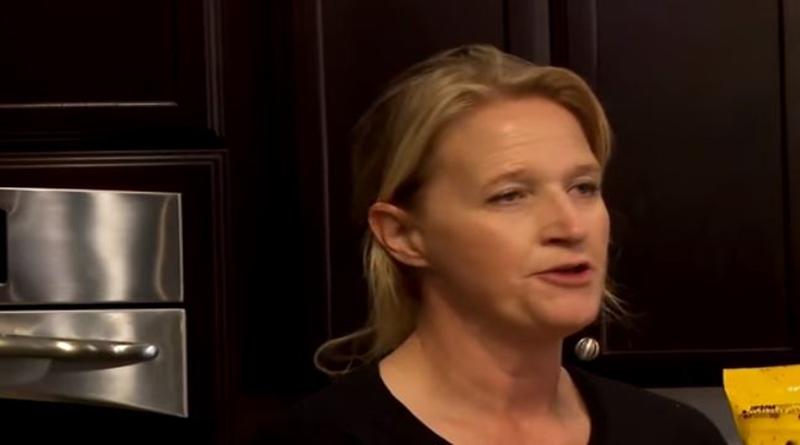 Sister Wives fans heard via Radar Online that on April 2, Christine Brown’s house in Las Vegas got a buyer. However, now it looks like the home’s back up for sale again. Perhaps it fell through? Then again, some fans of the show commented across social media that they briefly took it off the market. Nevertheless, no matter what happened, it can’t be good news for Kody Brown.

This season of Sister Wives showed that Christine, along with the other wives and Kody moved to Flagstaff. During the TLC show, all the wives became emotional during the move, as it’s hard to say “goodbye” to a home.  We saw them looking for property in Flagstaff, and also renting some property. Radar Online first dug around and found out that Kody Brown “bought a plot of land to be split into four parcels for $820,000 in June 2018.”

We also saw Kody talking on Sister Wives about needing to sell the homes to pay for their rent and mortgages in Flagstaff.  However, the Las Vegas homes never flew off and buyers seem reluctant despite price cuts. In fact, Kody even appeared at the homes in a bid to attract more buyers, back in March. Assuming that the home of Christine sold after Rader broke the news of the sale, TV Shows Ace wrote, “[Christine] proudly took to her Instagram to celebrate her son, Paedon, graduating from Bootcamp with the National Guard. Now, she sold the home she probably has a smile a yard wide.”

Bad news with the house back on the market

Sadly, if the sale fell through, then Christine must have ditched her smile to worry about finances again. While Robyn and Janelle Brown’s home sales seem certain, Christine’s is back on the slow-burner. Meri’s house remained the only home on the market, but now, as Radar explain, two homes still need buyers.

Radar wrote in their latest update, “It was a Sister Wives miracle when Kody Brown sold Christine and Janelle’s Las Vegas, Nevada homes after making an appearance at the open houses. But now, [they] can exclusively reveal Christine’s home is back on the market, as the deal appears to have fallen through.”

Recap on homes and prices

Briefly, to recap, here are the facts on the houses as we know it at this time:

What do you think about the Brown’s struggling to sell their homes? Out of the four houses, only Robyn’s and Janelle’s sold. Even then, this came after they dropped their prices. Do you think Christine’s buyer fell through or did they take it off the market briefly? Sound off in the comments below?